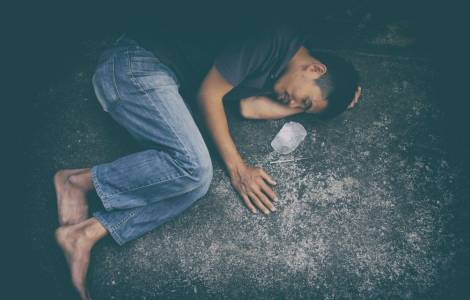 2022-11-29
Going out of oneself to meet God and neighbour: the mission of young people, who are not afraid to touch misery, poverty and violence

2022-10-24
New Catholic church in the north-east of the country, among the "hill tribes": state media reports

2022-10-08
"Strengthening communion", central theme of the new pastoral year in the Church of Vietnam

Hanoi (Agenzia Fides) - In collaboration with the Vietnamese Research Institute for Drug Prevention, the Catholic Church in Vietnam organizes seminars for young people - Catholic and non-Catholic - to help young people acquire the necessary knowledge about the harmful effects of drug use. In this way, one would like to accompany young people in the prevention of drug addiction. One such seminar was recently held in Hanoi, in the community of Thach in Bich. Over 200 young people took part in roundtables and workshops where scientists, biologists and psychologists explained how to recognize the different types of drugs and how to deal with drug use and addiction-related situations. The seminar focused on the objective of "protecting and safeguarding oneself and others", while Fr John The Baptized Nguyen Van Quang, Director of Caritas Hanoi, noted the importance of cooperation between the Church and public institutions in the prevention of drug addiction in society.
In recent months, the Vietnamese state-run daily Bao Binh Thuan has also reported on "The man who puts the lives of young people in order" and published an article on the valuable work of Father Anthony Le Minh Tuan from the Catholic parish of Thanh Xuan, in the diocese of Phan Thiet, (in the province of Binh Thuan, in southern Vietnam), which helps young people break free from drug addiction.
The newspaper wrote: "By fostering the spirit of faith in God and love for the nation, putting them on the path of good life and religious practice, Father Le Minh Tuan promotes a healthy and constructive lifestyle among young people, helping them to heal themselves and rebuild their lives".
As reported by the Catholic Church in Vietnam, the number of drug addicts in Vietnam is increasing, while at the same time the average age of drug users is decreasing. For this reason, Father Tuan visits the families of the young people to look together for practical ways, based on the situation, to motivate the young people to embark on the path of liberation from addiction. "Through his warmth and sincerity - continues the newspaper - Father Tuan tries to understand the thoughts, desires and hearts of drug-addicted boys and also accompanies them in finding suitable work to structure their lives and to integrate into the community".
Many of the children saved from drugs today take an active part in the pastoral life of the ecclesial community and also in the social field, for example by visiting single elderly people and helping families in need. "With all his love, Father Tuan also asks parents to take care of their children so that they stay away from social ills," the article reads. In particular, it also highlights the fact that the priest's work contributes to "breaking down the barriers of discrimination faced by drug addicts after withdrawal, allowing young people the possibility of a new start in their lives".
Father Tuan is not the only Catholic priest working in this area. The Vietnam Drug Prevention Research Institute recognizes that "religious communities in general and Catholic communities in particular carry out creative and useful activities in drug prevention and management". "The seminars and activities sponsored by the Catholic Church are important for organizing community activities and sharing methods and approaches for effective treatment of drug addiction," the report said.
Drug addiction is a historical problem in Vietnam. Though Vietnam has long been a major opium producer and drug trafficking hub, the country now has some of the toughest anti-drug laws in the world, designed to curb drug production, use and trafficking. However, the authorities now regard drug abuse as a public health problem rather than a social vice (as it used to be) and have taken steps to encourage the country's citizens to reduce and avoid drug use.
However, according to Vietnam's Ministry of Public Security, drug addicts are becoming younger and younger, and 60% of first-time users are young people aged 15-25. In addition, synthetic drug use accounts for 70-80% of all substances used today. In December 2021, 238,171 drug users were officially registered in Vietnam, 3,159 more than in the previous year. (PA/AD) (Agenzia Fides, 24/9/2022)

ASIA/PHILIPPINES - Preserving the beauty and the population of Boracay: "No" to the spread of gambling

AFRICA/CAMEROON - Bishops warn of increases in drug abuse in schools