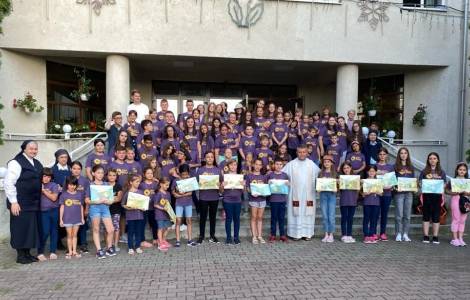 Bucharest (Agenzia Fides) - The month of August that has just ended saw three proposals for missionary formation for children and adolescents carried out by the direction of the Pontifical Mission Societies (PMS) in Romania.
The first took place in the "Holy Trinity" parish in the municipality of Cetatea de Baltă. The Campus, which was attended by about 200 children from the town and villages of Târnava Mică, had the objective of offering the young people of the community an opportunity for a week of Christian formation and the possibility of learning about the charism of Missionary Childhood. The participants from different ethnic groups (Romanians, Gypsies and Hungarians) and belonging to different religious denominations (Greek-Catholic, Roman-Catholic, Orthodox and Reformed-Calvinist), had the opportunity to acquire a spirit of unity, pray together, play and make friends.
The most significant moment of unity of the day was marked by the celebration of the Holy Mass in the Latin and Byzantine rite: all those present prayed and sang together.
The following week, eighty children and young people continued their training at the "Saint Joseph" House in Odorheiu Secuiesc, a city in central Transylvania. There, the sisters of the Greek-Catholic rite of the Congregation of the "Immaculate Heart" welcomed more than 170 children, orphans or from disadvantaged families, during the holidays, giving them food, shelter and taking care of their education. The theme of the meeting revolved around the message of the Holy Father for the missionary month, "You will be my witnesses" (Acts 1,8), which gave the children and young missionaries from all parts of Romania the opportunity to prepare themselves in the best possible way for the activities that will take place in October, sharing their missionary experiences with their colleagues from the parishes from which they come and praying together for the missions of the Universal Church. In addition to the missionary training sessions and the fraternal exchange, the children had the opportunity to create musical pieces inspired by the theme of the missionary month, playing different musical instruments and forming an orchestra to animate the masses. The third and final event took place in the Republic of Moldova, in Stăuceni, a small parish in the diocese of Chișinău. Father Daniel Medveș, diocesan director of the PMS and parish priest of the community, who has been working in the Republic of Moldova for 20 years, managed to involve about 40 children and young people, most of them Orthodox, some Protestants and others Catholics.
"It was wonderful to mutually rediscover the linguistic roots of the Romanian mother tongue and the Christian faith - commented the Romanian PMS - one could say that it was an experience similar to that of the first Christian communities, when the disciples preached the gospel of Jesus Christ".
To highlight the charism of Missionary Childhood, the animators divided the participants into two groups, calling "Prayer" and "Charity". Each group created a motto and a personalized flag with drawings and messages from the children, who were very happy to learn the missionary terminology and to deepen the charism of Missionary Childhood.
At the end of the weeks of formation, everyone joined the Missionary Childhood in an atmosphere of prayer and joy. (EG/MA) (Agenzia Fides, 3/9/2022) 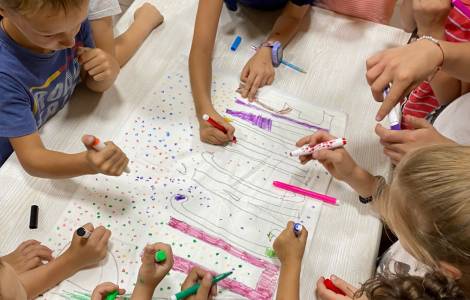 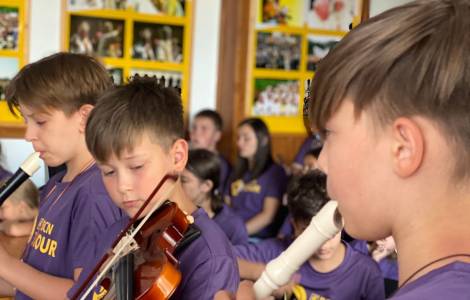 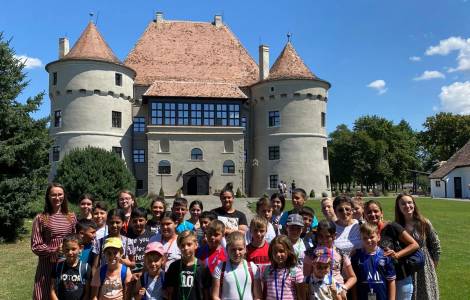 ASIA/KAZAKHSTAN - A new Center for children with Down syndrome in Almaty, the result of "constructive dialogue" between the Church and civil institutions

AFRICA/SOUTH AFRICA - After the Covid-19 pandemic, now there is that of the kidnapping of children