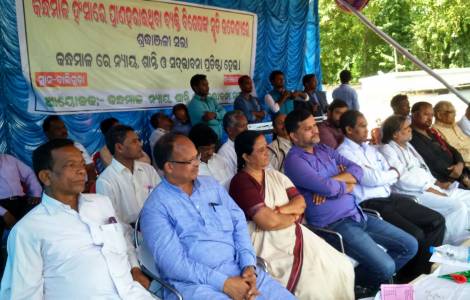 2022-06-27
Appeal by the Church: Humanitarian aid to flood survivors in Assam

2022-06-21
Prayer to St. Devasahayam and consecration of families to the Sacred Heart of Jesus

2022-05-28
The Missionaries of Charity: "to live like the poor among the poorest, to bear witness with them to God's love"

2022-05-27
The Church to young people: energy, talent and dynamism at the service of the Kingdom of God

2022-05-25
Appeal from the Catholic laity: Stop hatred and violence against Christians

New Delhi (Agenzia Fides) - Prominent citizens of all walks of life in India call for the anti-conversion law, approved in the Karnataka State Parliament on February 14, to be stopped, and for all anti-conversion laws in other states of the Indian Union. Civil society has launched a popular petition requesting that the bill not be approved and the appeal has already attracted thousands of signatories, people of all faiths. Various political parties including Congress, Janata Dal, Aam Aadmi Party, Welfare Party, Socialist Party (India) and other political organizations have spoken out against the anti-conversion bill, pointing to the urgency of protecting the Constitution India and the secular tradition of India. "An anti-conversion law is not necessary because the Indian Constitution has enough provisions in this regard," says Ram Puniyani, coordinator of the National Solidarity Forum (NSF), a consortium of more than 70 organizations, civil society groups, of different origin and inspiration, established in the aftermath of the violence against Dalit and Adivasi Christians in Kandhamal district (Odisha) in 2008.
"These anti-conversion laws are attempts to intimidate the Christian community; the planned law in Karnataka is on the same line", observes Punyani, a former professor of biomedical engineering and a promoter of human rights. "Wherever the anti-conversion law, ironically called the 'Religious Freedom Law', has been passed, it has become a justification for the persecution of religious minorities and other marginalized groups. Attacks on minorities have increased significantly in recent years since this law has been used as a weapon against Christians and Muslims, especially Adivasis, Dalits and women", says the director of the NSF, in a note sent to the Fides.
The organization calls for the values enshrined in the Constitution to be upheld and the human rights of religious minorities and other marginalized groups in India to be protected. According to Father Ajay Kumar Singh, a Catholic priest and co-director of the NSF, "a Dalit who converts to Christianity or Islam loses state protection, but not if he converts to Sikhism, Jainism or Buddhism. This is a discriminatory reality". There are severe sanctions for Dalits or adivasis (tribals) who convert to Christianity or Islam. "The law acts as an incentive to remain in Hinduism and violates the right of the individual to choose his religion", explains Singh to Fides. "The law disrespects women and places restrictions on their choice of partner. It is conceived with the idea that women in India are unable to think for themselves and act for themselves. This law is highly patriarchal. It is unacceptable", says Vidya Dinkar, a human activist and member of the NSF Central Committee. John Dayal, a Catholic journalist and founding member of the NSF, states: "Anti-conversion laws not only affect Christians, but encourage persecution against Muslims, Dalits, Adivasis and even women in India. They violate the fundamental principles of the Indian Constitution". According to Brinnelle D'Souza, of the Center for Health and Mental Health, at the School of Social Work, "the law will have the effect of instigating religious conflict and religious nationalism in India. It also empowers the state over deeply personal matters, related to individual conscience, violating freedom of conscience".
Supporting the petition, Margaret Alva, former Governor of Goa, Gujarat and Uttarakhand, said: "NSF is collecting signatures from people of all faiths to dissuade the government from passing this bill. I ask you to sign this call for the bill in Karnataka and similar bills in other states of the country to be withdrawn".
If the Karnataka Upper House passes the anti-conversion bill, it will join the states of Odisha (formerly Orissa), Arunachal Pradesh, Himachal Pradesh, Uttarakhand, Uttar Pradesh, Madhya Pradesh, Jharkhand, Chhattisgarh, Gujarat and Rajasthan, which have already enacted similar laws. Laws prohibit religious conversions obtained by force or by fraudulent means, including monetary incentives, medical assistance, and free education. In many cases, the laws stipulate that religious conversion can only take place after the approval of a magistrate. The laws are instrumentally used as a pretext to attack Christian and Muslim missionaries or believers, accusing them of proselytizing. In recent months, the Christian faithful of the State have launched an awareness campaign and several public demonstrations (see Fides, 14/12/2021). Among the promoting associations is the United Christian Forum of Karnataka. (AD-PA) (Agenzia Fides, 15/2/2022)

ASIA/KAZAKHSTAN - The Bishop of Karaganda "The example of Veronica, icon of Christ, to be reborn to new hope"

ASIA/INDIA - Missionaries of Charity accused of proselytizing: for Catholics it is pure defamation