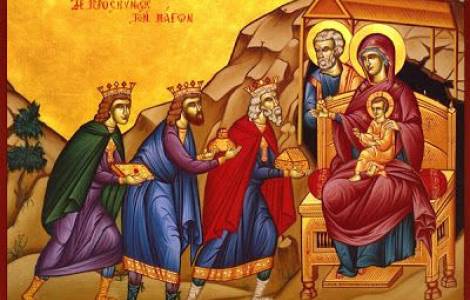 Beirut (Agenzia Fides) - "We saw the star in the East, and we came to worship him". This is the title of the booklet of texts proposed to Churches and ecclesial communities around the world to celebrate liturgies and meetings on the occasion of the Week of Prayer for Christian Unity in 2022 (January, 18/25). This year, the readings and prayers contained in the booklet refer to the Epiphany of Christ and to the journey of the Magi who came from the East to Bethlehem to adore the Child Jesus, and were prepared at the request of the Pontifical Council for the Promotion of Christian Unity by a group of theologians belonging to different Middle Eastern ecclesial communities, under the coordination of the Middle East Council of Churches (MECC), based in Beirut.
The singularity of the chosen theme and the suggestions of prayer that the texts offer to the ecumenical journey in this historical phase can be seen in all their richness precisely if one takes into account their Middle Eastern matrix. This is attested by the Lebanese Greek-Melkite priest and theologian Gabriel Hachem, a member of the International Theological Commission, who also participated in the work of the team responsible for preparing the texts for the Week of prayer for Christian unity, which has just begun.
With the adoration of the Magi and then with the Baptism of Jesus in the Jordan - Father Gaby remarks in a conversation with Agenzia Fides - the theophany begins, "the manifestation of the divine mystery before men, the Revelation of the mystery of the Trinity. So there is the beginning of the proclamation of the Gospel of God, proclamation of the good news of the Kingdom. It is the historical moment in which the "Oiconomy" the divine promise and plan of salvation is manifested and begins to be fulfilled. The light of God begins to "incorporate itself" in every Christian, at the moment in which he is baptized: And the light of Christ comes from the East: Christ is our East, our light, our sun".
The message that with the texts prepared for the week of prayer they want to reach the world, and first of all to the Christians of the Middle East - continues the Lebanese theologian, adding illuminating considerations on the present of the Middle Eastern Christian communities "is a message of hope: Christ's light is still shining in the world, even in the Middle East, even in these difficult times. And the calling of Christians in the Middle East is not to complain about this situation. It is worthwhile to remind the world, and above all to the Christians of the Middle East, that they are the bearers of the holy Tradition, of the apostolic Tradition. During this long time of two thousand years, we are here, and we are called to carry this Apostolic Tradition with our bodies and our souls, proclaiming the Gospel. We are not miserable people who just need to be rescued and helped. We are not just people in need. We have a mission".
Jesus - we read in the introduction to the texts for the Week of Prayer for Christian Unity 2022 - "is the Light who has come into our darkness when, by the Holy Spirit, he was incarnate of the Virgin Mary and became Human". And the Magi saw the light and followed it to Bethlehem, have always represented for many commentators also "a symbol of the diversity of the peoples known at that time, and a sign of the universality of the divine call". The second aspect found in the texts prepared for the current week of prayer for Christian unity - emphasizes Father Gabriel - "is precisely what I would call 'Eschatological': the Adoration of the Magi reminds us of the universal call to salvation. For this reason, in the texts offered there are also references to dialogue with believers of different faith communities and to the sufferings of the poor throughout the world. We Christians are called to become for all this 'eschatological message' addressed to every human being, reflecting in our lives the light of Christ and the very life of the divine mystery". For this reason - concludes the Lebanese priest - The third element highlighted by the texts for ecumenical prayer is precisely the recognition of the liturgy as the source of Christian life "How can we become the sacrament of the light of Christ in this world? This is possible only through the liturgy, which gives grace. We in the East have no theology outside the liturgy. And we do not even have morality outside the liturgy".
While in the West Christian communities celebrate Christmas with great solemnity - reads the introduction of the texts for the Week of Prayer for Christian Unity 2022 -, for many Eastern Christians "the oldest, and still the main feast, is instead the Epiphany, that is, when the salvation of God, from Bethlehem and the Jordan, was revealed to the nations. This accentuation of the theophany, that is, of manifestation, is, in a certain sense, the treasure that the Christians of the Middle East can offer to their brothers and sisters throughout the world". (GV) (Agenzia Fides, 19/1/2022)

AFRICA/EGYPT - Theological faculties in the Middle East relaunch their mission: to announce the Gospel by listening to the "signs of the times"

AFRICA/EGYPT - Theological faculties in the Middle East relaunch their mission: to announce the Gospel by listening to the "signs of the times"

ASIA/IRAQ - Chaldean Patriarchate: the use of Arabic in the liturgy is not a "betrayal" of Tradition