ASIA/IRAQ - Patriarch Sako to the government: a law on personal status is needed that respects the identity of Christians 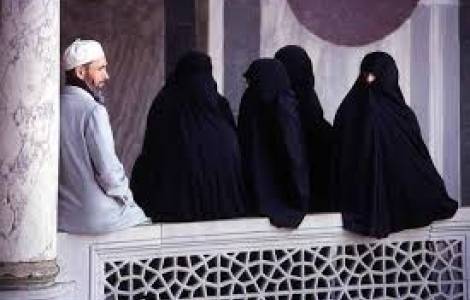 2020-07-21
Chaldean patriarchate: the expulsion of Iraqis carried out by the USA is "Inhuman and immoral"

2020-07-17
Patriarch Sako to the government: a law on personal status is needed that respects the identity of Christians

Baghdad (Agenzia Fides) - Christians in Iraq are not foreign guests from far away. The indigenous communities of the baptized have been rooted in the lands of Mesopotamia for millennia, and the Assyrian and Chaldean Christians are descendants of the populations of the ancient Mesopotamian civilizations. For this reason too, the governments of modern Iraq must respect and protect the identity of Iraqi Christians, guaranteeing them to be able to settle matters relating to personal status - inheritance, matrimonial and family law, freedom of conscience - following laws in accordance with their own experience of faith. With this premise, Cardinal Louis Raphael Sako, Patriarch of the Chaldean Church, urges the Iraqi political authorities to appropriately address and resolve the delicate issue of the personal legal status of Christians and members of all religious minorities in the Country.
In the current situation - underlines the Patriarch in a long speech, released by the official channels of the Patriarchate and presented as a real "project" to be submitted to the national government - legal questions relating to the status of the person (such as marriage law, or hereditary successions, or custody of minors) are regulated for all Iraqi citizens by laws that draw on Islamic legal tradition, and refer directly or indirectly to the Sharia. This situation, in the Patriarch's judgment, also forces Christians to regulate legal questions relating to personal status according to criteria that do not conform to their identity and experience of faith.
In his long contribution, the Primate of the Chaldean Church exposes a series of concrete cases regulated by current Iraqi legislation with criteria that are in contrast with the dynamic of family and social relationships suggested by Christianity. Many of the aspects highlighted by the Patriarch concern marriage law. Christian marriage - Cardinal Sako points out - is a sacred contract based on mutual love between two adults, a man and a woman, who choose it without coercion, in complete freedom, with the commitment to respect it for life. For this reason, belonging to the Christian community is incompatible with polygamy, with divorce and also with the so-called "dowry", which is not an indispensable requirement of conjugal union, given that the Christian faith "considers woman equal to man, and therefore the marriage contract takes place between two equal subjects in rights and honor". For this reason, the man also does not acquire any right to have a bride by paying a sum to her family.
Patriarch Sako also dwells on the inconsistencies that still exist in inheritance matters, given that the Islamic legislation guarantees only half of the share of inheritance reserved to male children for girls.
To resolve all the contradictions and inconveniences experienced by Christians in matters of personal law, the Patriarch suggests the government to enact laws on the model of Lebanon, with civil laws valid for all and not inspired by religious juridical schools, then leaving to ecclesiastical or religious courts the possibility of issuing judgments regarding marriage, marriage nullity, custody of minors and hereditary succession that have binding value for the respective faith communities.
In his contribution, the Patriarch also touches on the theme of the laws against apostasy, which according to Islamic jurisdiction can be punished with the death penalty: "We believe that the time has come - writes the Iraqi Cardinal - to enact a law that respects freedom of conscience, that is, the right to change doctrine and religion without exerting any pressure, following the examples of Lebanon, Tunisia, Morocco and Sudan, which has repealed the law of apostasy". (GV) (Agenzia Fides, 17/7/2020)

AMERICA/PARAGUAY - Feast of the Virgin of Caacupé: Mgr. Valenzuela complains about the violence and "the great absence of God in our life"

AFRICA/KENYA - Bishops call on government to shut down abortion clinics

ASIA/JORDAN - New rules on the personal status of Christians, to eliminate the rules that penalize women