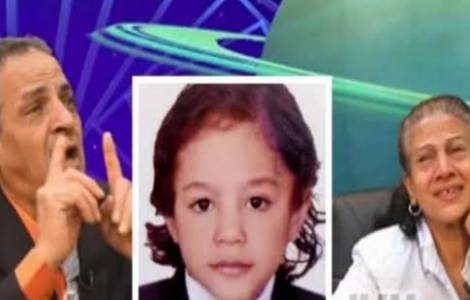 Cairo (Agenzia Fides) - The controversial case of an abandoned child entrusted to a Coptic Christian family reopens the debate in Egypt on the draft law related to the personal status of Christians and family law, a project long presented to Parliament, where lies awaiting approval.
The case, also reconstructed in detail by watani.net, actually began four years ago, when a newborn was abandoned on the threshold of a church in an unidentified city in Egypt. The church priest decided to entrust the newborn to a childless Coptic Christian couple, who gave the baby the name of Shenuda and obtained the birth certificate for him. The little boy was baptized and grew up peacefully for four years surrounded by the affection of his adoptive parents, until a relative of her husband, seeing her hereditary rights over the couple's assets in danger, decided to report the couple for illegal adoption.
Egyptian law, referring to the principles of Islamic law, currently does not allow adoption for Christian couples. Only a form of foster care is considered legal, which does not allow children entrusted to the care of their parents to take their surname and become heirs of their assets.
After the complaint, Egyptian judicial authorities found that little Shenuda was not the couple's biological child and was raising him with love. Despite the initial reluctance of the judicial bodies to implement drastic measures, due to the insistence of those who had brought the lawsuit and also for some errors committed even by the adoptive parents (the husband had declared that it was he who found the abandoned baby, without referring to the church where the child was brought), last February the child was taken away from the couple and taken to an orphanage. The sad story at that point also ended up in the media, where a wave of sympathy grew towards the two parents separated from their adopted son.
Many lawyers offered the two free assistance before the judicial authorities. Many, both Christians and Muslims, have begun to ask for a change in the rules that in fact in Egypt make it impracticable for Christian couples to adopt minors.
The story of little Shenuda, at that point, intertwined the complex legal process started some time ago in Egypt for the approval of a new law concerning the legal status of Christians, with particular reference to issues relating to family law (see Fides, 11/5/2022).
The revision of the legislative text on personal status, which lasted for a long time at the Egyptian Ministry of Justice, was completed in the first half of 2021 (see Fides, 6/7/2021). As for the part concerning Christians, the revision process had required as many as 16 working sessions, held at the Ministry, which had brought together experts, officials of the Government Department and representatives of the various Christian confessions, summoned by the civil authorities in order to file the text and obtain the consent of all the Churches and ecclesial communities regarding the wording of all the articles of the bill. At that preliminary stage, it was decided to leave the potentially divisive issue of adoptions out of the bill. Now - and this is the news of recent days, reported by Egyptian newspapers as coptstoday - some parliamentarians have decided to reopen the dossier of the law in the process of being approved, including the right to adoption for Christian couples. The initiative was announced in particular by Najib Suleiman, a member of the parliamentary commission for religious affairs, who in some statements released to the newspaper al Shorouk defined the adoption of minors as fully compatible with the rules on family law to be reserved for Christians, norms that must be defined in full consistency with the moral teachings followed by those who profess to be Christians. (GV) (Agenzia Fides, 17/9/2022)

AMERICA/VENEZUELA - Bearing witness to Jesus Christ on a daily basis: the experience of a "family on mission" in the Apostolic Vicariate of Puerto Ayacucho

ASIA - Spouses with different faiths: a growing phenomenon, an opportunity for dialogue and love

AMERICA/CHILE - Conference on Migration and Refuge: Focus on implementation of the new migration regulations