ASIA/INDIA - Inclusion and quality in education policy: the proposals of religious minorities 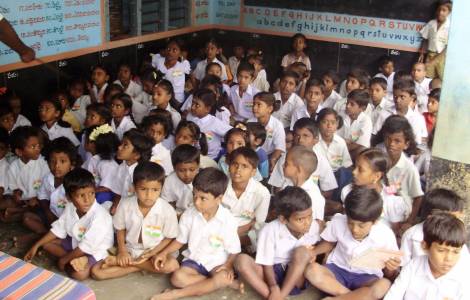 2022-09-26
Religious Forum for Justice and Peace: "Firm in faith, alongside the oppressed in the midst of tribulation"

2022-09-08
25 years after her death, Mother Teresa is for India an example of the following of Christ

New Delhi (Agenzia Fides) - Religious minorities in India, in particular Christians and Muslims, invite the federal government not to "saffronize education", by imposing a new education policy with particular focus on cultural, religious and linguistic Hindu traditions, but to recognize the contribution of minorities regarding the emergence of India and, above all, to reach out to the poor, the Dalits (formerly untouchables), women and tribal: is what emerged from the meeting held yesterday, September 29, between a large delegation of Christian and Muslim representatives with the Federal Minister for human resources development (HRD), Prakash Javadekar. As Fides learns, the delegation included, among others, General Secretary of the Indian Bishops' Conference (CBCI), and other Bishops, as well as Muslim scholars who expressed their concerns and worries about the new education policy of the Federal Government .
Bishop Mascarenhas said that the Church would like to "be part of the formulation of an education policy", according to the constitutional criteria to ensure equal opportunities, access to education for all, to overcome inequalities, and ensure all citizens, starting from childhood, a fair education.
"The education policy - recalled the present leaders - should encourage and facilitate private institutes, according to the principles of autonomy and freedom".
In this context, "the crucial role that religious minorities have had and have in the Indian education system has to be revived". The schools of minorities "have historically played a crucial role in reaching the oppressed sections of society", creating "schools of excellence". It is no coincidence, it is noted, "if Maulana Azad, who first became Minister for Education, and Rajendra Prasad, the first President, were educated with the contribution of the Islamic education system. Similarly, 9 of the 15 Prime ministers and 11 out of 13 Presidents, received their formation in Christian institutions", which "contributed immensely to national life", absolving the general function of protecting the cultural and educational rights of all Indian citizens, not just minorities.
The delegation reiterated the need to preserve, in the field of education, principles such as "inclusion and quality". At the conclusion of the meeting, the Minister Javadekar assured to safeguard these principles. (PA-SD) (Agenzia Fides 30/09/2016)

ASIA/BANGLADESH - The first Jesuit school in Bangladesh: "to educate the mind and heart"