AMERICA/PANAMA - The refelction of the Bishops on the new work: "A Canal for all" 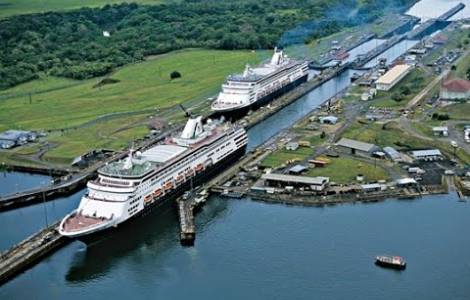 2022-09-19
The Bishops announce the second phase of the dialogue, a new step in the fight against inequality, social exclusion and corruption

2022-07-30
Dialogue continues, tension has decreased, the Church does not exclude anyone

2022-07-11
Bishops’ appeal: "All committed to strengthening the unity and stability of the family, so that it can fulfill its mission"

Panama City (Agenzia Fides) - The opening of the Canal after the works of enlargement, "was an event that filled us with joy and patriotism, because this work has a special meaning in the history of the people of Panama. Now we have the great challenge of reacting in front of the differences and rivalries, to focus on sovereignty, democracy and social justice, which will allow us to address our efforts to build the Panama we all want, without excluding anyone, closing the scandalous gap between the few who have much and the many who have little".
This is a passage of the final text of the Plenary Assembly of the Episcopal Conference of Panama, which took place from 4 to 8 July 2016, which wanted to expressly speak out on this great international event that touches the lives of the Panamanian people.
The new Panama Canal, inaugurated on June 26, carried out by an international consortium, required the work of 30,000 people for nearly nine years. The Canal represents a true innovation in the field of transport, which will allow the naval trade routes between Europe and America to have a major push.
"We have a historic opportunity ahead - continues the Bishops’ text, sent to Fides -: to have a canal for everyone, farmers, indigenous people, Afro-descendants, women, children, youth, seniors and persons with special needs, in short, for all . We need to make our sovreignty real and effective by cultivating a sincere love for the country; with the consolidation of our culture, with the integration of all, giving greater social use (to the canal) and the transparent management of the generated profits, allowing investment in vital sectors such as education, health, work, and providing greater opportunities for those who remain excluded from national development".
The Assembly's text also contains some information on the ecclesial themes considered by the Bishops, such as the new legislation on sexual abuse and commitment to World Youth Day. Finally a word of encouragement is addressed to the population considering the social reality that the country is living at the moment. (CE) (Agenzia Fides, 11/07/2016)