AMERICA/MEXICO - Red Clamor: "We do not want migrants, victims of various forms of violence, to continue to increase in the world" 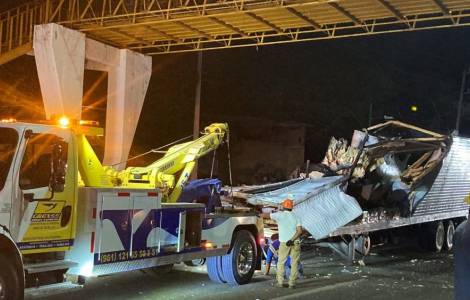 2022-05-05
Vocations: "It is necessary that we become sheep who recognize the voice of the Shepherd in the midst of life in order to discover the way"

2022-05-02
Bishops: "driven by hope. Let us continue to fight for peace, justice, tolerance, solidarity and dialogue"

2022-03-16
Referendum on the revocation of the presidential mandate: for the Bishops "it is a decision of great responsibility"

2022-03-02
Bishops video message: "United in asking the Lord for peace in the world, the most powerful weapon is prayer"

Mexico City (Agenzia Fides) - Red Clamor, the Latin American ecclesial network committed to migrants, refugees and victims of trafficking, together with the Episcopal Dimension of Human Mobility of the Mexican Episcopal Conference, calls on the Mexican government to "propose mechanisms for migratory regularization for migrants, in order to safeguard both their lives and their dignity, during their transit through Mexican territory, thus avoiding such unfortunate events as those that occurred in Chiapas".
The road tragedy, caused by a truck in which migrants were traveling crashed into a wall, occurred on December 9 in the Mexican state of Chiapas. More than 50 migrants and displaced people lost their lives in the accident and another 100 were also seriously injured. All of this is the "result of increasingly inhumane migration policies", underlines the statement sent to Fides, citing the Mexican Jesuit Refugee Service. The migrants came from various Latin American countries and headed towards the United States, among them were men, women, boys, girls and adolescents. "We do not want the number of migrants, victims of the throwaway culture and subjected to various forms of violence, to continue to increase in the world - underlines the statement -. It is time for governments and civil society to be able to welcome, protect, promote and integrate migrants, refugees, displaced persons and victims of trafficking". Finally, recalling the words of Pope Francis, Red Clamor expresses its deep pain and sadness for the victims, wishing a speedy recovery to the injured people and expresses closeness to their families. On behalf of the Holy Father Francis, the Cardinal Secretary of State, Pietro Parolin, sent a telegram to the Archbishop of Tuxtla Gutiérrez (Mexico), His Exc. Mgr. Fabio Martínez Castilla, in which he expresses the Pope's pain, his closeness to the families of the victims, offering prayers of suffrage for the deceased and the prompt recovery of the injured.
Just a few days before the road accident, on December 6, the Mexican Bishops had launched an "Urgent Appeal to the Government of Mexico" (see Fides, 6/12/2021) in which they denounced, once again, the dramatic situation of migrants in Tapachula, Chiapas: overcrowding, delays in procedures, harassment and abuse by local and federal authorities, to which was added "despair and outbreaks of violence in the face of the numerous unfulfilled promises of the federal government". (SL) (Agenzia Fides, 13/12/2021)

AMERICA/CHILE - Catholic Institute for Migration writes to President Boric: "We must take the problem into our own hands"

AFRICA/NIGERIA - Religious dies in the flames after rescuing students

AFRICA/SOUTH AFRICA - The drama of Durban, hit by floods in April, has consequences for all of southern Africa

AMERICA/BRAZIL - Communication Week: "Listening with the ear of the heart"