EUROPE/AUSTRIA - Missio Austria launches the "Editio Missio" series: "Every book is a motivation for the reader to become a missionary" 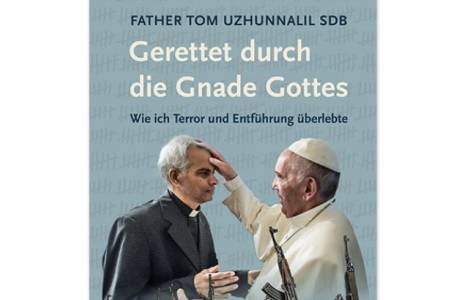 2023-01-04
Benedict XVI to Missionary Childhood: "I see in you little collaborators at the service that the Pope provides to the Church and to the world"

2021-06-26
Missio Austria launches the "Editio Missio" series: "Every book is a motivation for the reader to become a missionary"

2020-09-21
Towards Mission Sunday: a painting to learn about the life and work of Pauline Jaricot

Vienna (Agenzia Fides) - The Pontifical Mission Societies in Austria (Missio Austria) are opening new horizons. In addition to the magazine called "allewelt", which has been published for more than 60 years and which has six issues a year and reaches 40,000 subscribers, the Pontifical Mission Societies in collaboration with the "Be + Be-Verlag" of the University of Heiligenkreuz publishes the "Editio Missio" series which includes biographies of Austrian missionaries, as well as numerous other books.
There is great interest in all books, so that the publication even generates a profit, which then benefits the many aid projects of Missio Austria.
For the Extraordinary Month of World Mission October 2019, the Indian Salesian Father Tom Uzhunnalil was a guest at Missio Austria and on that occasion the idea was born to publish the story of his kidnapping. His book “Saved by the grace of God. How I survived terror and kidnapping”, also appeared in the series "Editio Missio" in italian, English and German. Father Tom was kidnapped by Islamic State terrorists in Yemen in 2016 and held prisoner for 557 days. When word got out that the kidnappers wanted to crucify Father Tom in public, a storm of prayers broke out around the world. After 18 months, Father Tom was unexpectedly released and has since traveled the world as an "apostle of forgiveness and charity". In his book, the Salesian first describes his childhood, his vocation, his priestly service and his personal experience in the mission in Yemen, where he was the only priest to work with a priestly visa. Finally, in several chapters, he tells the story of his dramatic kidnapping and release. In the last chapter, Father Tom summarizes the return to freedom, which culminated, among other things, in a moving encounter with Pope Francis in Rome: "There remains a great deal of gratitude". From now on he wants to "give witness to the grace and goodness of the Almighty, who protected and guided me in this difficult moment and still does it". In addition to the story of Father Tom, the book contains a testimony on the four Sisters of Charity who were murdered. Eighteen people were murdered in the attack in which Father Tom was kidnapped, including four of Mother Teresa's sisters. One of the young sisters was from Rwanda. Her parents talk about their daughter in an interview with Missio Austria. "Jesus asks us to be his witnesses. Witness comes through action, through life. Our missionaries do not speak only of love, they live love. Verba docent, exempla trahunt, says a Latin proverb: Words teach, but examples motivate and encourage imitation. Every book is a motivation for the reader to become a missionary", says Father Karl Wallner National Director of the Pontifical Mission Societies in Austria and editor of "Editio Missio". (MS) (Agenzia Fides, 26/6/2021)