AMERICA/CANADA - Quebec's Foreign Missions: 100 years at the service of the Gospel 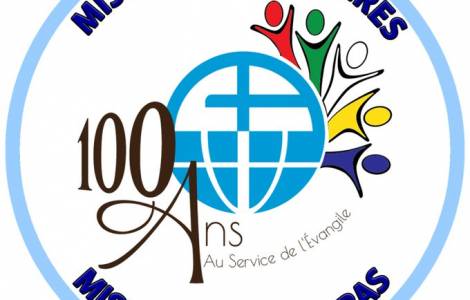 Quebec (Agenzia Fides) - "To be a hundred years old for a person is a real event. Reaching its first centenary for a missionary society is a short time, but deserves to be underlined as a humble contribution to the spread of the Gospel in the world". It is with these words that the letter of the Superior General of the Society for Foreign Missions of the Province of Quebec (PME) begins, published on the occasion of the centenary of the Missionary Society.
"On February 2, 1921, the Catholic Bishops met in Quebec and announced the birth of a missionary society. In retrospect, we see the pioneers who ensure the first steps of the newborn, educate young recruits in their mission, send them to unknown lands, strengthen their march, achieve successes and see other projects interrupted. During this period, the mission extended from Asia to Latin America and Africa. Membership becomes international and extends to lay associates. Such is the life of a small institution whose living identity has spanned the century", writes Father Roland Laneuville.
Reading the history of the missionaries is like reading an adventure book written with the lives of missionaries. Father Laneuville recounts some historical moments and invites a celebration in simplicity: "The founding gesture is followed by a difficult period, marked by the so-called Spanish flu. A century later, we are experiencing the Covid-19 pandemic. Our memory of the foundation will therefore materialize through large festive gatherings, but in a more discreet way, respecting the health directives of the various countries in which our local groups are present. Our recognition of the past will in any case be a very strongly felt Magnificat. Our current solidarity between members and associates will be more virtual. Let's rejoice in this gift of social media, unimaginable a century ago".
The Superior General concluded by indicating the attitude to adopt at this time of pandemic: "This pause allows us to learn from the past and to adapt our mission to the signs of the times. Determined to remain living witnesses and presences of the Gospel, today and tomorrow, we remain at the disposal of the Spirit who inspires our missionary enthusiasm and directs us towards a greater remote mission".
The Society for Foreign Missions of the Province of Quebec (PME) is an international missionary society made up of priests (perpetual members) and lay people (associates). It was founded on February 2, 1921 by the Bishops of the French-speaking Church in Canada in order to help proclaim the Gospel to all nations. Initially formed almost exclusively by Canadians, it gradually went international, officially in 1997.
The Society carries out its service by welcoming the cultural and religious values of the peoples with whom it shares daily life; bearing witness to one's faith; forming living and missionary communities in the environments that welcome them; engaging in the promotion of justice and respect for human dignity.
The missionary teams of PME, made up of priests and laity, are present in Latin America (Brazil, Honduras and Peru), in Africa (Kenya), in Asia (Cambodia, Hong Kong-China, Japan and the Philippines) and in Canada, place of foundation of the Society. (CE) (Agenzia Fides, 4/2/2021)