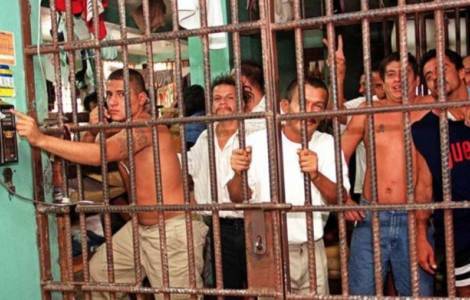 2021-02-19
REPAM: alarming increase in the number of infections and deaths due to Covid-19 in the pan-Amazon region

2021-02-01
February 2, feast of the Presentation of Our Lord and National Day of Prayer in the dark night of Covid-19

2021-01-26
Prison pastoral care: reports of violence doubled, in addition to the spread of Covid-19

2021-01-18
Second wave of the coronavirus pandemic: Bishops of Amazonas and Roraima urgently ask for help

Brasilia (Agenzia Fides) - In 2020 the cases of torture inside the Brazilian prison system almost doubled compared to 2019 according to the recent report published by the National Prison Ministry, which analyzes the cases and complaints received in the year just ended, marked by the Covid-19 pandemic. The Prison Ministry received, between March 15 and October 31, 2020, 90 complaints concerning cases of torture which involved numerous violations of rights in various prisons across the country. In the same period of 2019 there were 53 cases. The note released by the Bishops' Conference of Brazil, sent to Fides underlines that violence and torture persist, amplified by the stronger closure of prisons due to the pandemic.
During the aforementioned period, the Prison Ministry received 53 reports of torture cases involving physical assaults, 52 concerning humiliating and degrading treatment.
The violation of the right to health of the population deprived of liberty was central in the complaints received: about 67 of the 90 cases (74.44%) denounce negligence in the provision of health assistance. The report points out that 52 cases involved negligence on the part of the State in the provision of material assistance, considering for example the precarious supply of food, clothing, personal hygiene items, cleaning products etc....
The consultant of the Prison Ministry, Lucas Gonçalves, explained that the report is based on a work that has been carried out since 2010, systematically sorting the data of the reports that arrive in various ways. "The report stresses that torture is not something that belongs to the past, but something present in the lives of people imprisoned in Brazil", he said. Of the 90 complaints received, the Prison Ministry forwarded 39 to the judiciary authority, 64 to the competent People's Defender and 38 others to the Ministry of Justice. In most cases, according to Lucas, the state refuses to give an answer, claiming the alleged falsehood of the complaints and even refusing to investigate the accusations made. Out of 90 cases denounced, the Prison Ministry only obtained answers in 16 cases.
In the report, Father Almir José de Ramos, Deputy Coordinator of Prison Ministry at a national level, underlines that the coronavirus has spread and caused a real massacre within the Brazilian prison system which is in 3rd place in the ranking of the number of prisoners worldwide.
In fact, more than 800,000 men and women live in a situation of deprivation of liberty. The priest adds that, according to partial and underestimated data from the Prison Department (DEPEN), as of November 10, 2020, the virus had killed some 121 inmates in Brazil and 2021 worldwide.
The National Council of Justice (CNJ) has made public the fact that, until November 3, 205 detainees died in prisons in Brazil. The priest highlights the exponential increase in deaths due to the pandemic in prisons which was 100% between May and June 2020 while the increase in cases of infection during the same period was 800% according to the CNJ. (SL) (Agenzia Fides, 26/1/2021)