AFRICA/BURKINA FASO - Tensions over the postponement of the parliamentary vote; for the Bishops "the Country's political and institutional stability is at stake" 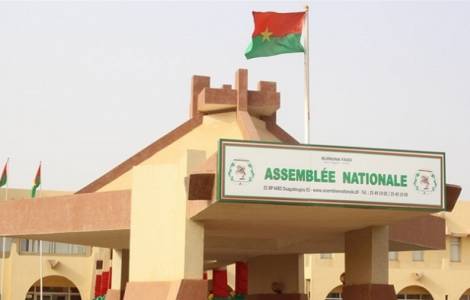 2020-07-15
The drama of children left without school, between violence and poverty

2020-07-13
Tensions over the postponement of the parliamentary vote; for the Bishops "the Country's political and institutional stability is at stake"

2020-07-11
Seven new Camillian priests close to the service of the poor, the sick and those in need of comfort

2020-06-17
"An institutional crisis must be avoided, the date of the general elections must be respected" urge the Bishops

Ouagadougou (Agenzia Fides) - Tensions continue in Burkina Faso, where yesterday, July 12, the president of the Supreme Communications Council (CSC), Mathias Tankoano, and his escort managed to escape unscathed from an attack with an explosive device, improvised in the eastern region. Several areas of the Country are out of government control, ending up in the hands of some jihadist groups. Citing the insecurity of these areas, the government has decided to postpone the parliamentary elections for a year, prompting protests from the opposition and sectors of civil society.
The authorities are also under accusation after the publication of a Human Rigths Watch report that established that at least 180 people were victims of extrajudicial killings by security forces in Djibo, in the north of the Country. According to the testimonies collected by the NGO, "the dead had been abandoned between November 2019 and June 2020, in groups of 3 to 20, along the main roads, under the bridges, as well as in the fields". Many of them were found blindfolded and with their hands tied.
Again according to the inhabitants of Djibo, most of the victims belonged to the nomadic people of the Fulani or Peul. This community is believed to support armed Islamists. Most of the fighters recruited by jihadists come from their ranks. And the victims of these Islamist groups are generally the agricultural communities, in particular the Mossi (the majority of people in Burkina Faso), the Foulse and the Gourmantch.
In mid-June, at the end of their Plenary Assembly (see Fides, 17/6/2020), the Bishops wrote: "The security context, more worrying than ever with its share of displaced persons, appears such that the inhabitants of the Sahelian regions are no longer certain of their future in their native land. For the shepherds of this part of Burkina Faso, as elsewhere in the Eastern, Central-Northern, Northern, Boucle du Mouhoun and Cascades regions, in particular, it is a great pain not to be able to join the faithful in some places or see them flee from terrorist violence without guarantee of security. The Bishops therefore turn to state authorities for a more rigorous management of this situation. The future of the nation depends on this on the eve of the different electoral deadlines. The Church of God in the Sahel and elsewhere is suffering the consequences".
As regards to the elections, the Bishops recalled that, given that the active and passive right to vote is guaranteed by the Constitution, "the question arises of how to face this important challenge by effectively securing the electoral process and taking into consideration the internally displaced people in their particular situation".
"Carrying out the elections on time is a great challenge, because it is necessary to avoid adding an institutional crisis to the already worrying security crisis. The ideal would be to organize elections throughout the national territory and ensure the full participation of all populations, wherever they are, in order to guarantee full legitimacy for the President-elect and give all provinces the opportunity to be represented in the National Assembly", say the Bishops, who underline: "the political and institutional stability of our Country as well as its territorial integrity is at stake. It is a challenge to be faced at all costs, it is a challenge for the whole nation and we must pool our energies. This is possible! This is testified by the solidarity aroused at all levels by the Covid-19 pandemic!". (L.M.) (Agenzia Fides, 13/7/2020)

AMERICA/BOLIVIA - In the face of an increase in infections, the Bishops reiterate that "it is not wise to hold elections"

ASIA/SINGAPORE - General elections, among Covid-19 and the migrant crisis