ASIA/KAZAKHSTAN - Transition from the Cyrillic alphabet to the Latin, also for sacred texts 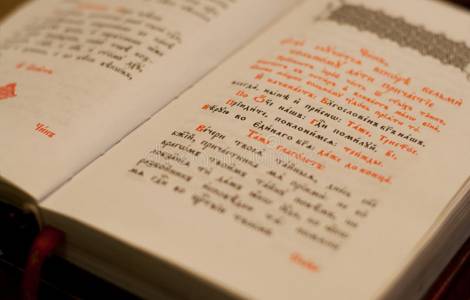 2020-07-23
An increase in Covid-19 infections: the Church seeks international support

2020-07-08
Since the Covid-19 emergency, new collaborations in the Church thanks to telework

2020-06-20
Covid-19: the renewal of residence visas for Catholic missionaries is difficult

Astana (Agenzia Fides) - "You can try to declare a general rule, which applies in many historical periods and in many linguistic situations: the more the creators of a new alphabet are flexible and intelligent, the more they are able to express all the sounds of the old alphabet and perhaps also to improve the expressive abilities": this is what Alberto Camplani, professor of the New Testament philology and exegesis in the Catholic University of Milan, to Agenzia Fides, explaining why the change of alphabet expected in Kazakhstan is proving to be rather problematic. "I do not believe, however - the scholar points out - that the adoption of a new alphabet will involve translation problems, especially the Bible. The important thing is that it is done respecting the variety of the phonemes of the language". For the Christian communities in Kazakhstan, the question will then be the translation of the Gospel, sacred texts and liturgical and pastoral texts again.
In May 2017, in fact, President Nursultan Nazarbayev signed a decree that established the gradual transition of the Kazakh alphabet from Cyrillic to Latin, by 2025. The choice was dictated by the desire to accelerate the process of modernization of the country and to increase interest from foreign investors and tourists.
Kazakh is a language made of sounds difficult to represent through simple letters: for this reason, the team of linguists at work had proposed a series of measures, based on the use of linguistic markers and digraphs. The Kazakh President did not like these hypotheses, and issued a new decree in October 2017, imposing an arbitrary and redundant use of apostrophes: a decision that has been much criticized, because the use of apostrophes leads to difficulties in digital communication, for example in searches on Google or in the creation of hashtags. Thus, with a last decree dated February 19, 2018, the use of a new alphabet consisting of 32 letters was established, accompanied by accents and digraphs.
Professor Camplani explains: "We know more than one alphabet: there have been many between the nineteenth and twentieth centuries, and many others in the ancient world. Written Egyptian in Coptic characters, written Arabic in Aramaic characters or written Persian in Greek characters. One of the best known modern cases is Turkish, which until the beginning of the twentieth century was transcribed in the Arabic alphabet with the addition of some diacritics, and then adopted the Latin alphabet, with some adaptation to express its particular phonemes".
"A peculiar case - adds Camplani - is constituted by the reform of the Polish alphabet, which has Latin origins: thanks to the creation of some particular sign and above all through the combination of different signs, it was possible to create an alphabet able to express most of the sounds of that language".
Changing the alphabet, however, is not new to the Central Asian State: Kazakh, which is a Turkish language, was transcribed in Arabic characters from the eleventh century until 1927, when the Soviet regime introduced the Latin alphabet. From 1940 onwards, in order to give continuity to politics and Soviet identity, the Cyrillic alphabet has been used, which includes 42 letters. (LF) (Agenzia Fides, 20/3/2018)

ASIA - The Claretians: evangelization with the Bible in the time of Covid-19

ASIA - The Claretians: evangelization with the Bible in the time of Covid-19

AFRICA/EGYPT - Alarm of the Coptic Churches: there are those who give "false Bibles" and "false Gospels" contrary to the Christian faith

AFRICA/MOROCCO - "There is still a lot of fear, but finally our churches have reopened!"