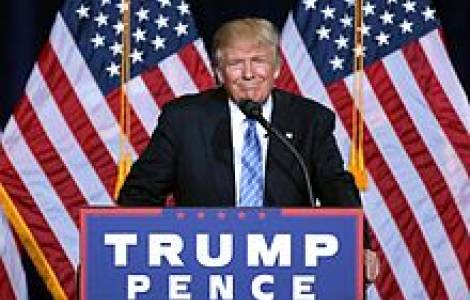 New York (Agenzia Fides) - There are at least two Christians of the Eastern Churches in the American Middle East Advisory Committee, the Advisory Committee on the Middle East appointed by tycoon Donald Trump before being elected President of the United States of America, in the last weeks of a tough election campaign that saw him prevail over the democratic candidate Hillary Clinton. In the body, composed of 14 people, there is Professor Gabriel Sawma, born in Beirut, professor of Middle Eastern Studies at Fairleigh Dickinson University, and the Christian Assyrian David William Laza, born in Iraq, President of the American Mesopotamian Organization, based in California.
Professor Gabriel Sawma, after his studies in Lebanon, and after having worked as legal advisor, which allowed him to visit various nations of the Middle East, emigrated to the US in 1975, during the Lebanese civil war, and is considered an expert in Islamic law especially on the laws concerning family, divorce, inheritance issues and legal custody of children. He wrote the book The Qur'an: Misinterpreted, Mistranslated and Misread, in which he supports the thesis that the Koran was originally written in Aramaic, not Arabic, and that the original version of the holy book of Islam allows interpretations of the text that differ from those offered so far by the various Islamic schools.
David William Lazar, defined by the Israeli press an "Assyrian activist and friend of Israel", already in August 2014 had issued statements regarding the Middle East situation linked to the exploit of jihadist militias, in which, among other things, stated that "there are literally thousands of young Assyrian Christian men that have volunteered to join the protection units we are planning on establishing in the coming weeks and months".
The Trump American Middle East Advisory Committee is supported by the American Middle East Coalition for Trump, a body activated during the US election campaign to gather support in favor of Trump among voters belonging to ethnic or religious groups with roots in the Middle East: Arabs, Shiites, Sunnis, Kurds, Copts, Maronites, Syrians, Assyrians, Chaldean, Melkite and Jews coming from the scattered communities in the Middle East. (GV) (Agenzia Fides 16/11/2016)

ASIA/HOLY LAND - "Demonstrative" protest of thousands of Israeli settlers on the lands of the Latin Patriarchate. Silence on behalf of the political authorities