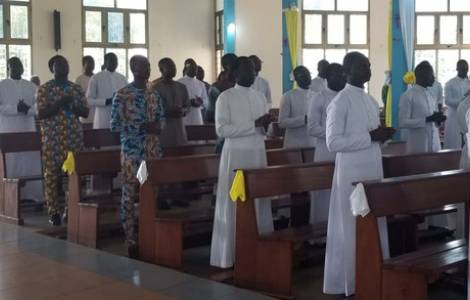 2023-01-09
The Bishops: "We welcome the return to the Catholic faith of a large number of former followers of the Banamè sect"

2022-11-29
Prayers and offerings. The exchange of gifts that supports the missionary openness of priestly vocations

2022-06-17
Archbishop Houngbedji: "Look at Blessed Pauline Jaricot as a model to imitate"

Klouékanmè (Agenzia Fides) - Contribute to the growth of a vocation, to its development so that the "seed" bears fruit. Many are those who, each year, contribute spiritually and economically, through the Pontifical Society of Saint Peter the Apostle (POSPA), so that seminarians can continue to grow in their vocation, continue their journey and become priests. In turn, the seminarians benefit from this help and pray for their benefactors. This triggers an exchange of gifts and "distance" mutual aid that unites them in a true "missionary brotherhood", as Father Ambroise Kinhoun, rector of the "Grand Séminaire Mgr Louis-Parisot" of Tchanvédji in Benin, tells Fides.
"An organization called 'Missio' has been set up in the seminary, the first objective of which is to make seminarians aware that other baptized people are committed to contributing to their formation. Throughout the year, and in especially during the week of World Mission Day, Father Kinhoun explains, a lot of communication is made on this aspect. Exhibitions are also organized to explain how other Christians, in many parts of the world, offer prayers and offerings to ensure that the seed of a vocation may grow".
The "Grand Séminaire Mgr. Louis-Parisot" theological seminary of Tchanvédji, created 27 years ago, is the second theological seminary founded in Benin: between ten and twelve priest educators, three nuns and seventeen lay people work there. There are currently 130 seminarians following the last four years of priestly formation. Each seminarian, with the support of his family, provides by donating something for the current year in cash or in food. The seminarians devote themselves to agriculture and animal breeding, thus providing for their own food. "There are boys who come from materially poor families, they are the ones who receive the greatest support. Among the benefactors, I personally know families who live modestly and who send us their money from Slovakia, who commit themselves to the missions. This seems to me an extraordinary fact. Often, when I am in Europe, concludes the Rector of the Major Seminary, I hear people praying for vocations which are flourishing in other parts of the world, like here. Here we live a very important vocational reality. We try to do our best to form boys with this missionary openness that looks to the future". (EG) (Agenzia Fides, 29/11/2022) 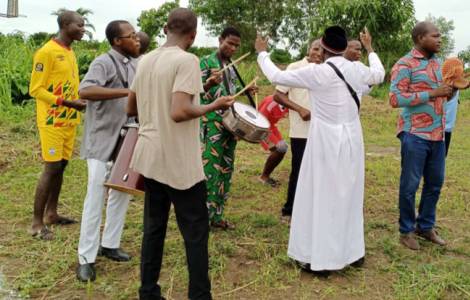 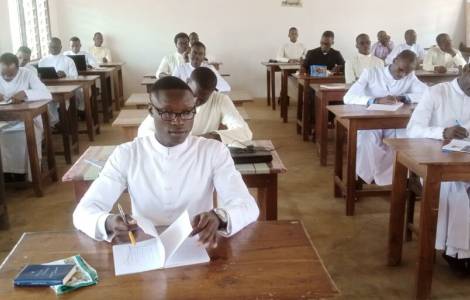 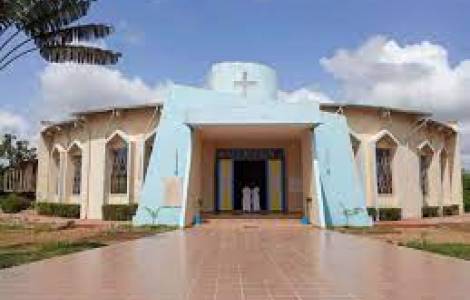 ASIA/MALAYSIA - Catechesis week: The focus is on passing on the faith in families

AFRICA/DR CONGO - "Bible and machete". "ora et labora" of the catechists of the diocese of Lolo

AMERICA/BRAZIL - Vocation Month begins, looking to the next Vocation Year on the theme "Vocation: grace and mission"