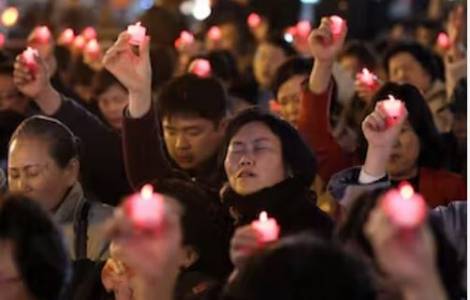 2022-11-19
Resignation and Appointment of Archbishop of Gwangju

Seoul (Agenzia Fides) - The Advent season is a propitious time to reflect on forgiveness, peace, reconciliation and to act so that a path of dialogue and rapprochement can be resumed between North and South Korea. This is what the more than one hundred Catholic priests, scholars, religious and theologians from all over the world affirmed, during their participation in the "Forum for sharing peace on the Korean peninsula" which in its seventh edition, was held on Saturday, November 26 at the Catholic University of Korea. Organized by the "Committee for Reconciliation of Korea", a body within the Archdiocese of Seoul, the Forum focused on awareness of the role of the Catholic Church in South Korea for peace and reconciliation on the Korean peninsula. The baptized in Korea - says a note sent to Fides by the Communications Office of the archdiocese of Seoul - wish to seek ways and means to foster authentic peace on the Korean peninsula. "We are called to seek ways of love and solidarity for reconciliation and unity between the two Koreas", said those present.
Professor Hong Yong-pyo, Director of the Institute for Peace and professor of Hanyang University, observed in his speech that "the forum intends to compare the awareness of peace between the general public and Catholics; analyze how the Catholic faith affects awareness of peace; understand the pastoral vision of the Catholic community".
Archbishop Peter Chung Soon-taick, OCD, Archbishop of Seoul and Apostolic Administrator of Pyongyang, recalled: "The Forum for Sharing Peace on the Korean Peninsula began as a moment to commemorate the visit of Pope Francis in August 2014 and the mass he celebrated in Myeongdong Cathedral, in which the Pontiff prayed for inter-Korean dialogue and recommended providing humanitarian assistance to our North Korean brothers". Archbishop Chung said he was "deeply saddened by the current situation on the Korean Peninsula", underlining that "true forgiveness, reconciliation and reflection are needed today more than any other time in history". Concluding his speech, Archbishop Chung hoped that "the Forum will be an opportunity to reaffirm the teaching of Pope Francis on the fact that no political interest or relationship should prohibit dialogue and interreligious exchanges".
Archbishop Alfred Xuereb, Apostolic Nuncio in South Korea, addressing the assembly, observed: "The Holy See supports Korea in its deepest aspirations, starting with the process of reconciliation and prosperity of the entire Korean peninsula". And he added: "Peace, as the Holy Father underlined at the recent Congress of religious leaders in Kazakhstan, is born thanks to fraternity, it grows by fighting against injustice and inequality, it is built by being kind towards others". The Nuncio encouraged "a discussion to explore concrete paths for our common commitment to the ideals of peace and reconciliation on Korean soil".
The Advent season, those present at the Forum concluded, is a time of "vigilant and active waiting": today, although the scars of conflict remain, peace will be possible through forgiveness and reconciliation, and these are the tracks on which the Church of Christ proceeds, even if it is a long and difficult journey. In prayer, in this special time which brings us closer to the Incarnation of the Word, the baptized Koreans make their own the prayer attributed to Francis of Assisi: "Lord, make us instruments of your peace". (PA) (Agenzia Fides, 28/11/2022) 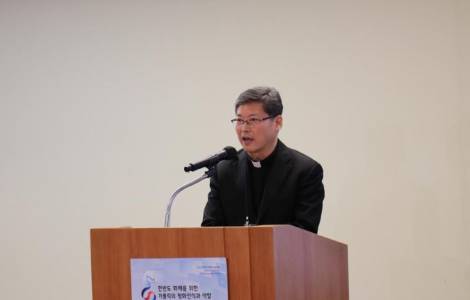 AMERICA/CANADA - Father Ouellet: "Let us learn from the Pope how to continue our mission of truth, forgiveness and reconciliation"

AMERICA/CANADA - "One cannot proclaim God in a way contrary to God himself". Pope Francis asks native peoples for forgiveness