ASIA/INDIA - Pastoral service with prisoners: human dignity is the key to any possible reform of the prison system 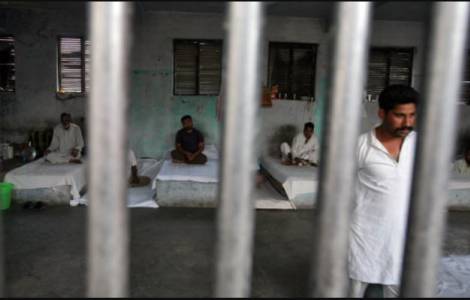 Goa (Agenzia Fides) - Their pastoral service takes place mainly inside prisons. There they can meet, listen, understand, help prisoners and accompany them on a path that goes from release to full human rehabilitation, with integration into the social fabric. The help they give, in fact, ranges from the legal and financial level to moral, human and spiritual support. They are the volunteers (priests, nuns, lay people) involved in the Catholic organization "Prison Ministry India", who have gathered in Goa from today until November 18 for the 13th national convention, in the presence of over 460 delegates from all over the India.
The association's congress dwells on a fundamental point that affects the life of the nation: the analysis and discussion of the reform of the prison system in India, a topic that has come back into vogue in recent times, because it has returned to the executive's political agenda. Last September, in fact, the Minister of Interior of India, Amit Shah Sunday, asked all the states of the Indian Federation to modernize their prisons and affirmed that "a new law for the reform of the prison system will soon be reached". The Minister said that a revision of the goals and the idea that underlies the prison system is needed, proposing a "rehabilitative vision" and not just a punitive one. Noting that "the prison system is an important component of the nation's internal security", he said: "Prisons need to be modern and technologically advanced with stringent security measures; introduce better residential and health facilities, libraries and training programs for prisoners, in order to help them re-integrate within society, with initiatives to promote mental development". The Indian government, specified Amit Shah Sunday, intends to focus attention on "human rights, the rehabilitation of prisoners, the rights of women prisoners, the right to education for all, even for those sentenced to death".
In this context, the pastoral service of the Indian Catholic Church towards prisoners can make a contribution, says "Prison Ministry India", proposing its "theory and practice in three steps: release; renewal; rehabilitation", as explains to Fides Father Francis Kodiyan, of the Missionary Congregation of the Blessed Sacrament, who in 1981, as a seminarian, started pastoral service to prisoners with Father Varghese Karippery, his classmate, in the seminary. "We started from a spiritual experience, that is, spending half an hour every day in front of the Blessed Sacrament, in prayer for the prisoners". In 1982, a prayer group was born which in the following years wanted to start visiting the prisons of the Kerala territory, where the Seminary is located. The group was renamed "Prison Ministry India" in 1995 and is characterized by the charisma of helping prisoners, starting with their release and then hosting them in a residential center, offering them professional training courses, up to their gradual reintegration into society.
"Once a criminal judgment has been pronounced on a person - explains the priest - the matter is closed for the judiciary, for the civil community. A stigma is created on that person. But we cannot forget and abandon these people, whom God loves and have profound dignity, despite the mistakes they have made. The volunteers of Prison Ministry India are called 'dreamers', because they try to testify that the value of a human person is not measured on the basis of utility or talents, for health or disease, age, creed or wrongdoing".
And he continues: "We help prisoners pick up the fragments of their broken life because it is sacred, as a gift from God. In our ministry we try to promote the reconciliation of the perpetrator of a crime with the person who has been offended, and the reparation for the evil committed. God hates sin, but loves and forgives the sinner. In prison, we want to regenerate hope in hopeless people, allowing, if God wants, the encounter of a person with the Creator who created him at his image".
Prison Ministry India volunteers make prison "a place where men and women pray". "We let the prisoner know that he is not alone, without friends: we are his friends and we love him, and Christ loves him deeply, just as he is. This can lead to an inner rebirth, repentance and redemption. To achieve this end we seek the collaboration of everyone, to make worthy the one or the other that society has judged useless or harmful".
"If favorable conditions are created - he observes - any prisoner can achieve a normal standard of living. A prisoner has an ardent desire to lead a better life in society. But society is not prepared to accept him nor is the prisoner ready to face society's challenges. We need to accompany the person on a journey of renewal and rehabilitation, as we do in our reception facilities for a time of transition, to help the person and integrate back into the social fabric".
This vision and this approach - which over the years, Father Francis Kodiyan notes, has borne much fruit - are explored, declined and articulated in concrete proposals at the Prison Ministry India congress. This reflection will form the basis for a proposal that will be shared with civil institutions and the Indian government. The priest gives concrete examples on points of possible reforms: Indian prisons have hundreds of prisoners who have served their sentences or obtained bail, but cannot afford the legal costs of closing the proceedings to go home. So they stay in prisons for months and even years. It also recalls data from the National Crime Records Bureau: at the end of 2021, there were a total of 5.5 million people in prisons across India, against a capacity of 4.22 million places available in penal institutions. Overcrowding exacerbates the problems faced by the prison population. (PA) (Agenzia Fides, 15/11/2022)

AMERICA/COLOMBIA - Fire in the Tuluá prison: the authorities called to "watch over and accompany the life and social reintegration of detainees"

AMERICA/DOMINICAN REP. - The Bishops on the occasion of Independence Day: "Let the truth come out for the good of the nation"