ASIA - With heart and mind open to God's will: the Bishops of Asia "before the burning bush" 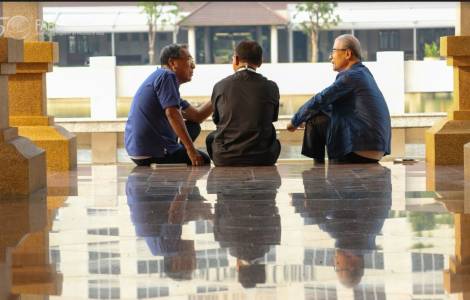 Bangkok (Agenzi Fides) - In a continent that suffers three "divides": the social divide, the spiritual divide between oneself and others; the ecological divide between man and creation, the Bishops of Asia allow themselves to be questioned on how to bridge these distances and with this spirit they listen with attention, to learn from each other. "To do this you need to have your mind, heart and will open to the will of God", said Cardinal Oswald Gracias, Archbishop of Bombay (India) while the Assembly of the Federation of Asian Bishops' Conferences (FABC) are gathered in Bangkok from 12 to 30 October to celebrate 50 years of its foundation.
After having listened, in the first days of the assembly, to reports and experiences relating to the situation of the Catholic communities of the continent, the Bishops are continuing the discussion in "circuli minores" or even in two-by-two talks, with a precious exchange of impressions and reflections.
An important moment was the celebration of World Mission Day, Sunday, October 23, in which Cardinal Gracias recalled that "mission is the essence of the Church", inviting those present to be "centered on God and not on the oneself: our mission is not a game of numbers, but to make Christ present in the world, listening and letting ourselves be guided by the Holy Spirit", he said.
Starting from this perspective and "in discovering the will of God", observed Cardinal Gracias in a meeting with the mass media, "the Churches of Asia will be able to donate their specific contribution to the universal Church". "The Catholic communities in Asia - he continued - are young, but they live experiences that can also be a help for the Churches in Europe or in other continents, especially on paths such as interreligious dialogue which in Asia, a vast and plural continent, is daily life or even in the search for peace and reconciliation".
The peoples of Asia have strong cultural and spiritual references such as "the value of the family, respect for parents and the elderly, the sacredness of every living being and the reference to transcendence, to the sense of God's presence in this life", added Cardinal Charles Maung Bo, Archbishop of Yangon (Myanmar) and President of the FABC, focusing on the mission of the Asian Churches.
"The Bishops of Asia today, faced with the emerging realities of the continent - are like Moses before the burning bush, which is placed before God. And the Lord, as with Moses, answers today 'I am with you'. Even if we are a small flock, 2% of the Asian population - he recalled - through our small communities the face of Jesus continues to be present in Asia, because God reveals himself to the little ones and the simple".
The FABC - finally reported Cardinal Gracias - invited the representatives of the Bishops of mainland China who were unable to attend, as happened in the past on the occasion of the Theological Congress of the FABC in Bangkok. The Bishops of Asia - he recalled - feel their absence and remain in spiritual communion with them. (PA) (Agenzia Fides, 25/10/2022) 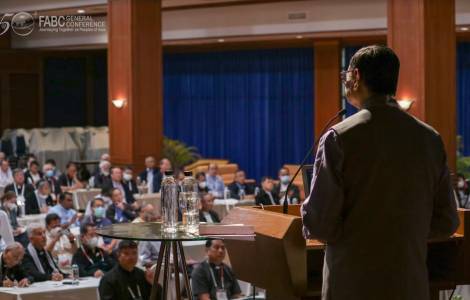 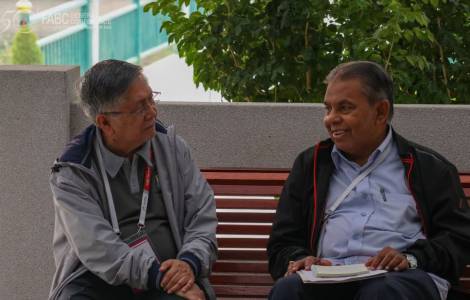 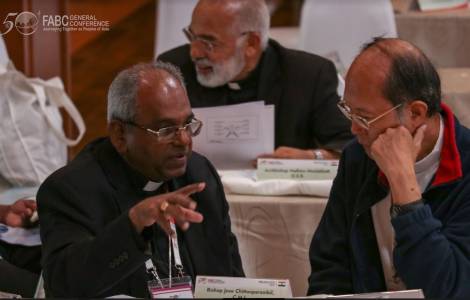 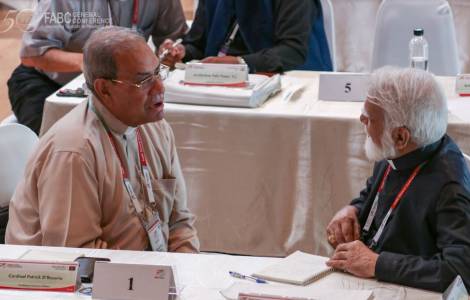 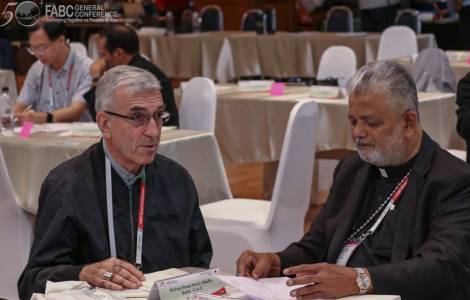 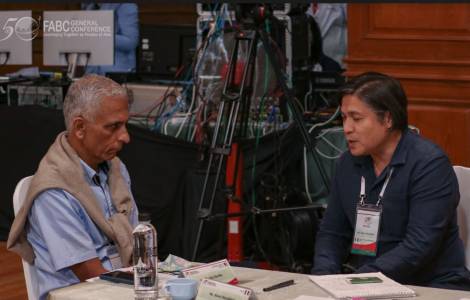 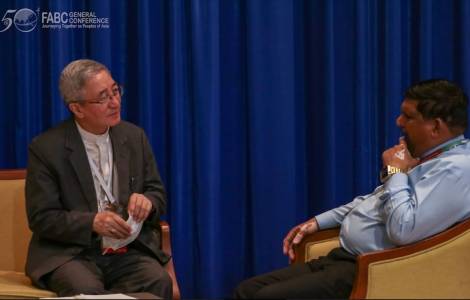 ASIA - The Bishops of Asia: live with hope in times of pandemic