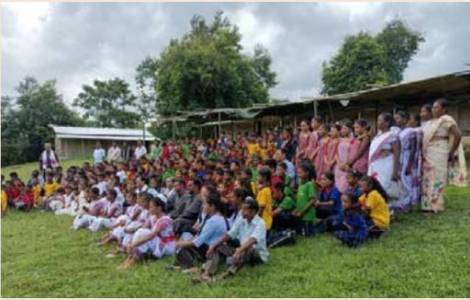 Diphu (Agenzia Fides) - Fraternity, hospitality, listening and helping the poorest: these are the characteristics which, according to the charism of Saint Francis of Assisi, will animate the new mission begun by the Franciscan conventual friars in the North-East of India. As Fides has learned, the first stone of the new mission was laid in recent days in the village of Daldali, in the diocese of Diphu, a territory of the Indian state of Assam. It was the Minister General of the Order of Friars Minor Conventual, Friar Carlos Trovarelli - together with the Provincial Minister of Malta, Friar Colin Sammut and the head of the Franciscan Mission of Calcutta, Friar Manuel Manicompel Varkey - who blessed the first stone of the convent which will mark the new Franciscan presence in Assam.
As the Missionary Center of the Order of Friars Minor Conventual reports to Fides, the mission is entrusted to the care of the Province of St. Paul the Apostle of the Friars in Malta. The Maltese friars arrived in India in 1980, settling in the state of Kerala (in southern India) where, through their pastoral work, they accompanied the local reality until 2007, when the Indian Province bearing the name of Saint Maximilian Kolbe was officially established in Kerala. Continuing their work of evangelization, the Maltese
friars opened in 2014 a new mission in the city of Calcutta and now, with the new project in Diphu, they are expanding their presence in the North East of India.
In Daldali, where the new mission is developing with fervor, there are 41 Catholic families, more than 200 of whom have been baptized. The village is part of an area inhabited by the Dimasas, Adivasi, Nepali, Garo, Kukies and Pnar indigenous groups. In this region, Father Thomas Mangalassery, former
parish priest of Diphu, with the help of some local donors, founded the Krist Jayanti School in 2000. And the Hospitaller Sisters of Mercy founded a convent and a clinic in 2002 to help missionary activities and provide health services. This presence allowed the message of the Gospel to spread little by little over the territory of the current diocese of Diphu.
In this part of the territory of Assam, the first Christian proclamation took place in 1969, when the Salesians founded the Don Bosco School in Diphu, today an example of educational excellence. A few priests and the Sisters of the Apostolic Carmel settled there in 1971, contributing to pastoral and missionary work.
Missionary history in northeast India - a region that today includes the seven states of Arunachal Pradesh, Assam, Manipur, Meghalaya, Mizoram, Nagaland and Tripura; plus Sikkim and the northeastern part of West Bengal - recalls that the spiritual Sons of Don Bosco began to visit these regions in 1922, when a pioneering group of Salesians, led by Fr Louis Mathias (1887-1965), arrived in Shillong, in the present state of Assam. In May 1922, at the end of the first Marian procession, the Salesians of Assam knelt before the statue of Mary Help of Christians and consecrated the missions of Assam with a fervent prayer: "We consecrate to you, O Mary, this land, its mountains, its rivers, its people and all its inhabitants.
The motto of this group of missionaries led by Father Mathias (who became the first Bishop of Shillong in 1934) was: "With Christ, boldness and hope". The mission in Assam presented complex situations: mountainous and sometimes inaccessible terrain; hundreds of different tribes and languages with no relation to each other; conflicting traditions and social practices. A few years later, observers described the Assam missions as "the miracle of the Virgin". When the Salesians arrived, all of northeast India was an Apostolic Prefecture with a small flock of 5,000 Catholics. Today, this region has 15 dioceses, with a total Catholic population of 1.2 million baptized. The diocese of Diphu, out of a population of more than one million inhabitants, largely tribal, has 68,000 faithful. (PA) (Agenzia Fides, 12/10/2022) 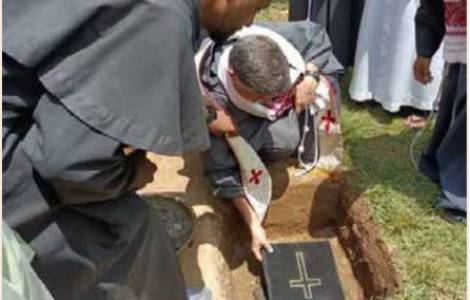