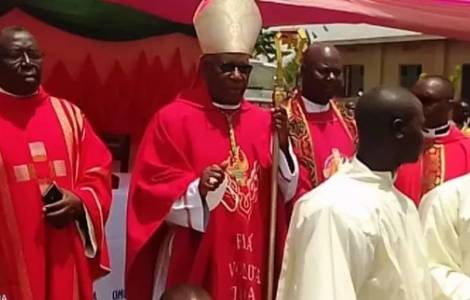 2022-11-07
Fighting pride and selfish interests and living a life full of humility, forgiveness and mutual love

2022-10-25
Resignation and Appointment of bishop of Kotido

2022-10-21
Ebola, malnutrition, illiteracy: Camillian religious health centers at the service of the poorest

Kampala (Agenzia Fides) - "In the last ten years our country has developed positively in many ways", say the Bishops of Uganda in their Message for the 60th anniversary of Independence. Referring to their letter, written on the occasion of the 50th anniversary in 2012, the bishops first note that the country has made progress both economically and socially, while remaining "an oasis of faith in a world that continues to become more and more secular, in which the need for God is less or no longer present".
"Our churches and mosques continue to fill up with believers. Different faiths can express themselves publicly without fear of reprisals or persecution," they emphasize. "For that we thank God and continue to pray that this nation will continue to be the shining star in an increasingly secular world."
Economically, there have been positive signs of growth in Uganda over the past decade. The government has been able to attract new investors, so several industrial parks have sprung up in the country, while agriculture has benefited from mechanization and the creation of an agri-food industry.
However, economic progress has been jeopardized by the Covid-19 pandemic of the last two years, according to the bishops: "Like the rest of the world, our country is suffering the effects of Covid-19" and "we cannot avoid mentioning the terrible consequences of Covid-19 for the children who have been severely affected in their education. (During the months of lockdown) many girls became pregnant and became mothers-children themselves. It is necessary to give these girls, whose trauma will last for many years, to reach out and offer them psychosocial support".
"Due to the impact of the COVID-19 pandemic and Russia's tragic war against Ukraine, our economy appears to be in freefall," they note. "Many businesses are at a standstill, prices for basic necessities are skyrocketing. Fuel prices are crushing all sectors of the economy and these are indeed uncertain times for our country. Insecurity, robberies and corruption are on the rise in a troubled economy."
Another negative aspect the bishops mention is the "worrying" increase in land
grabbing over the past decade. "In our pastoral letter 10 years ago, we called for peace, reconciliation and dialogue between all religious, political, social and ethnic groups in the country," the bishops recall. "After 10 years we are witnessing the persistence of tribalism, nepotism, intolerance and indifference. We are divided by political, religious, tribal, ethnic and regional affiliations. This leads to individualism, greed, insecurity and corruption. Dialogue should give us the opportunity to solve differences and conflicts". (L.M) (Agenzia Fides, 11/10/2022)

AFRICA/ZIMBABWE - "The absence of war is not real peace. The country needs a real dialogue between the social and political partners"

ASIA/CHINA - Christmas time for Chinese Catholics. When the light of Jesus crosses the days of pain

AFRICA/EGYPT - Coptic Patriarch Tawadros: anti-Covid vaccines developed by scientists are a "blessing" from God for the entire human family