ASIA - The jubilee assembly of the Federation of Asian Bishops' Conferences: "And they took another path" 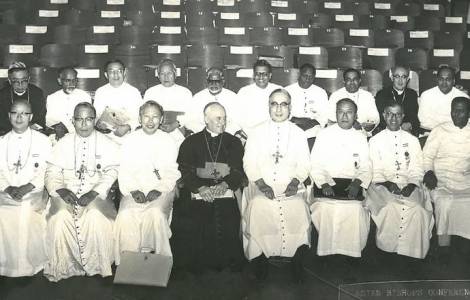 Bangkok (Agenzia Fides) - Even the rain - not uncommon in the rainy season, which in Thailand lasts from June to October - does not alter the good climate of meetings that will characterize the General Assembly of the Federation of Asian Bishops' Conferences (FABC), which will be held tomorrow, October 12 in Bangkok, at the Baan Phu Waan Pastoral Center. More than 150 bishops from a total of 29 Asian countries and around 50 listeners and invited guests, some of whom also come from the Vatican dicasteries, will take part in the assembly, which will last until October 30th and will be held under the motto "The common path of the Asian nations: and they took another path" (Mt 2:12). The General Assembly will also celebrate the 50th anniversary of the FABC, founded in 1970, which should in fact have been held in 2020 when the event had to be postponed due to the pandemic.
As reported by the FABC, the current conference aims to take stock of half a century of activities of the Federation, to become aware of the new challenges arising in the societies of the continent and in the Asian churches, and to renew the path "in search of the face of Jesus in Asia".
Some key questions will be asked during the works: how can the Church in Asia continue to be 'Good News' in the light of emerging realities? How can the FABC serve and support the Bishops and their Episcopal Conferences in Asia? How can Catholic communities on the continent contribute to a better Asia?
As Fides learned, the opening mass of the assembly, on the evening of October 12, will be presided over by the President of the FABC, Cardinal Charles Maung Bo, Archbishop of Yangon, in Myanmar. The closing mass is scheduled for the morning of October 30 at Bangkok's Assumption Cathedral and will be celebrated by Cardinal Luis Antonio Gokim Tagle.
During the pandemic that caused the General Assembly to be postponed, the bishops held regional meetings via videoconference, which allowed for ongoing contacts, discussions and preparatory work. The meeting and encounter on the spot will now allow for a full intercultural dialogue, human contacts and a common prayer between the representatives of the Catholic communities in the vast Asian continent.
During the assembly, to compose a multicultural picture, prayers and hymns will be sung in the native languages of the member countries, while the Jubilee song and prayer will be published in the different languages. In addition to the usual reflections and group work of the bishops, special events have been planned such as a "Talk Show with Asia" in which believers from all over Asia will participate in a videoconference. The life and pastoral activity of 14 selected parishes in different Asian nations will also be shared with those present, with a "virtual visit" of the bishops, who will meet online with the faithful of that specific local community. The FABC is an association of the Bishops' Conferences of South, Southeast, East and Central Asia, founded to increase cooperation between Bishops in Asia. Currently 19 regional bishops' conferences are members. The Central Secretariat is located in Bangkok (Thailand).
The idea of a federation arose after the Second Vatican Council. In November 1970, Pope Paul VI visited for the first time in Asian history (and landed in the Philippines). On this occasion, the proposal of the late Korean Cardinal Stephen Kim Sou-hwan (1922-2009) to found a permanent association of bishops of Asia was taken up.
Pope Paul VI also took part in a first meeting who encouraged the bishops of Asia to take the necessary steps together. In 1971 a Statute for the permanent organization was drafted, submitted to the Holy See and approved by it that same year. The FABC held its first General Assembly in Taipei in 1974, and thereafter held its General Assembly every four years until the 12th. (PA) (Agenzia Fides, 11/10/2022) 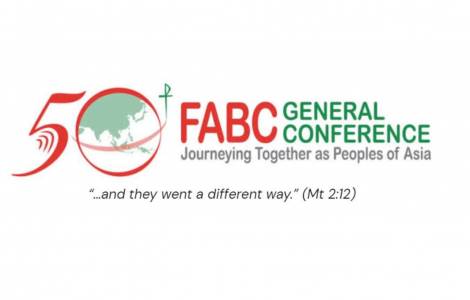 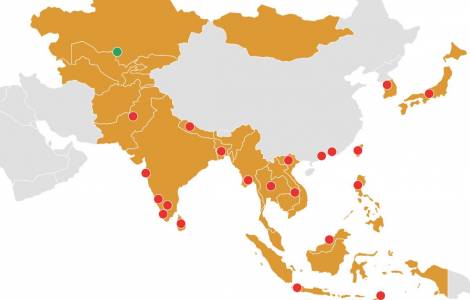