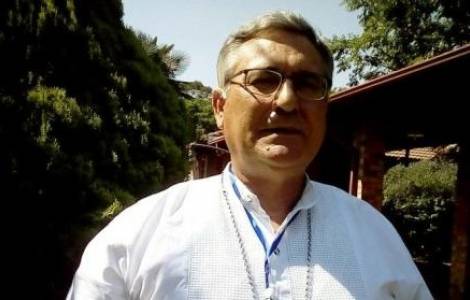 2022-11-18
Gas exports begin, but will this resource be used to lift the country out of poverty?

2022-11-15
Appointment of coadjutor Archbishop of Maputo,

2022-10-19
A deliberate depopulation strategy for Cabo Delgado: Unrest driven by interest in reserves?

AFRICA/MOZAMBIQUE - Bishop of Nacala: "Terrorists want us to believe that this is a religious war, but it is not"
Maputo (Agenzia Fides) - "Terrorists want us to believe that this is a religious issue, but it is not", says Msgr. Alberto Vera Aréjula, Bishop of Nacala, in northern Mozambique, where since 2017 armed groups sow death and destruction.
"International opinion has established the idea that this is a war of religion, a war of the Islamic State. Here we think this is not the case, even if it is true that there are jihadists", explains Msgr. Vera in an interview with InfoCatòlica. "Although there may be 50 fanatics and, among them, 10 or 15 who lead or manage the entire terrorist network in Cabo Delgado and now in Nampula, terrorists want us to believe that this is a religious issue, but it is not the case", says the Bishop who recalls the various interests at stake in northern Mozambique that contribute to fueling the violence. First of all, the economic ones related to the exploitation of large gas fields by Western companies (but there are also mineral resources that could arouse the interest of many).
Other interests, and very little talk about them, are those related to drug trafficking with "heroin coming from India, Pakistan or Afghanistan that enters this coastal area", highlights Msgr. Vera. Organized crime also traffics girls that leads them to prostitution. The enormous displacement caused by the violence of terrorists - more than 1 million people forced to flee - can facilitate the work of enticing girls separated by events from their families.
The assault on the Chipene mission (see Fides, 7/9/2022) where the Comboni nun, Maria De Coppi was killed, could be, according to the Bishop of Nacala, an action aimed at obtaining strong media coverage: "This is because there were people of three different nationalities and they knew that the day after their action would have international repercussions".
Although Mozambique is a predominantly a Christian country in the northern provinces, the majority of the population (up to 70%) professes Islam. "Local Islam, however, has always been peaceful and there have never been serious problems of coexistence" says Msgr. Vera. "The problem is not Islam from here, but what comes from abroad, usually from foreigners who create mosques financed by we do not know who", underlines the Bishop. "In the villages simple people, Christians and Muslims, feel very united, there are no problems. On my visits to the missions, I always meet the leaders of the mosques. The relationship is very good. Proof of this good harmony is that there are usually Muslims at mass too. In what he officiated a few weeks ago in the district of Liupo, there were almost as many Muslims as Christians", he says. "Among the jihadists there are also young non-Muslims with no future (some even Christians) who join the group simply for money", says Msgr. Vera. (L.M.) (Agenzia Fides, 8/10/2022)