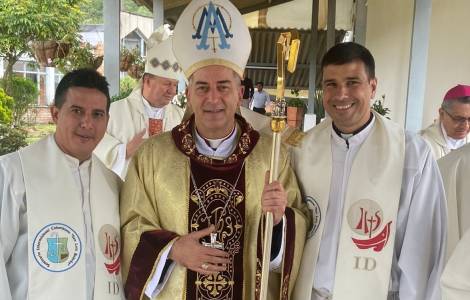 2022-12-22
Nuncio's visit to Chocò: increased challenge for confidence in the future, bet on peace, inter-institutional work

2022-12-19
Another year of violence: Bishops of Chocò call for a Christmas truce

2022-12-12
The first phase of the peace talks between the Government and the ELN, the Colombian Church "permanent companion" concludes

Bogota (Agenzia Fides) - "Having local priests means giving a local face to the Church and making the message of the Gospel, valid for every culture, better understood", said Archbishop Giampietro Dal Toso, President of the Pontifical Mission Societies (PMS), who, on the afternoon of Friday, October 7, took part in the celebration for the sixtieth anniversary of the Colombian Intermissal Seminary "San Luis Beltrán" for the apostolic vicariates of Bogotà.
"The creation of a specific seminary for the Apostolic Vicariates of this country - explained the President of the PMS - had the objective of training local priests to speed up the journey towards the full maturity of those Christian communities. Generating vocations to priestly ministry and consecrated life is a sign of the maturity of the Church, everywhere".
The Archbishop then recalled the care for vocations on behalf of the Bishops of the country, who he met in the morning, and focused on the fundamental importance of the formation of candidates for the priesthood, while recalling the decline in seminarians that did not spare even these territories.
"As Pope Francis suggests on the basis of his predecessors, the Church is missionary by nature. The centrality of the mission is all the more true in the territories that are represented here. But there is no effective, profound and lasting evangelizing mission - continued the Archbishop - without a serious and solid formation of future priests. That is, the vitality of the Church and her mission require the promotion and support of priestly and religious vocations. I would therefore like to say that the formation of priests is the central nerve of evangelization".
The quality of the formation of future priests is equivalent to the quality of their witness in parishes and, consequently, to the quality of the Christian life of the faithful, underlined the Archbishop, who at the end of his speech addressed words of encouragement to the seminarians ,sharing a thought of Benedict XVI contained in a volume of meditations on the priesthood (cf. Joseph Ratzinger / Benedikt XVI., Diener eurer Freude, Freiburg i.B. 2006, 108.), when he comments on the word of Christ who promises us one hundred for one: "We must have only the initial courage to give first one, like Peter, who on the word of the Lord goes out fishing again in the morning: he gives one and receives 100".
The day then ended with the recitation of Vespers and a moment of celebration: today, Saturday, October 8, Archbishop Dal Toso will visit the headquarters of the Colombian PMS National Direction. (E.G.) (Agenzia Fides, 8/10/2022) 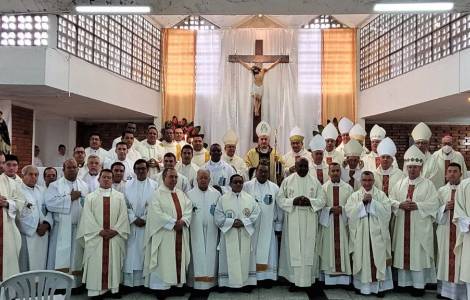 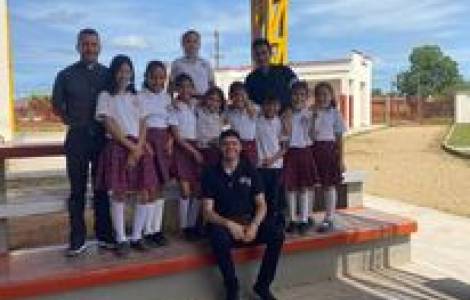 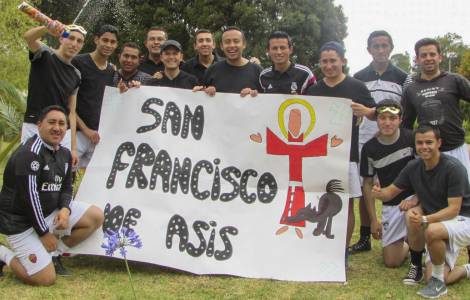