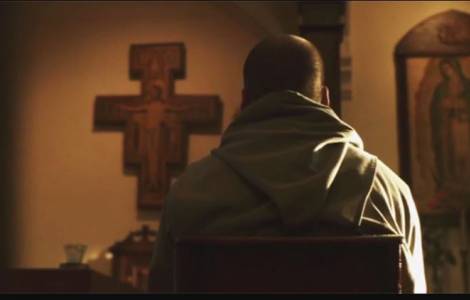 2022-12-12
Reduce the social and educational impact of the pandemic, especially on girls in less developed countries

Assisi (Agenzia Fides) - "We ask that you join with the Franciscan Family in observing a special day of fasting and prayer on October 11, 2022. While with evil we see the mystery of immorality in action, we respond to it with penance and prayer, by promoting reconciliation and peace, and by raising awareness among ourselves and many others regarding this fundamental issue": this is the appeal released by the Conference of the Franciscan Family (CFF), the body that unites the General Ministers of the male, female and lay religious orders who, all over the world, are inspired by the Saint of Assisi. In the letter released by the Conference, and sent to Fides, the Ministers note: "As we are gathered together in the city of St. Francis, we send you our heartfelt request to stay attentive to the issue of peace at this very difficult time for humanity. We want to express our deeply felt concern for peace, especially in the light of the suffering that has already been inflicted upon so many, and the risk that nuclear weapons could be used".
The Lord gave St. Francis a proclamation to be addressed to all: "May the Lord give you peace!” It has become an essential element of our charism. We welcome the gift of peace through the conversion of hearts. We ourselves are called to be meek, peaceful, modest and humble men and women, without quarrels or rivalry. Let us therefore be witnesses to the peace we have received", continues the appeal, signed by Sister Daisy Kalamparamban, Tibor Kauser OFS, friar Massimo Fusarelli OFM, friar Roberto Genuin OFM Cap, fra Carlos Alberto Trovarelli OFM Conv, friar Amando Trujillo Cano TOR, who is the current President of the CFF.
The letter echoes the "cry" that Pius XII addressed to everyone in 1939 on the eve of the outbreak of World War II: "Nothing is lost with peace. Everything may be lost with war. May men once more begin to understand one another. May they once more talk to each other. If they deal with one another in good faith and with respect for reciprocal rights, they will realize that an honorable outcome is never prejudiced by frank and effective negotiations". And then he recalls the words of Saint Paul VI during his address to the United Nations, "Never again war!" or as St. Pope John Paul II called war "an adventure without return". "On September 25, 2015, Pope Francis addressed the United Nations with an identical request: "No more war; war is the negation of all rights", reads the text.
"Attentive to the signs of the times and these words from our charism and our pastoral leaders, we invite everyone to seriously and passionately take up the concern for peace, and to pray constantly for this precious gift", resume the Minister Generals. "In our formation and our preaching, in our various works and service projects, in proclamation and in daily life, may we promote peace and reconciliation with power and conviction. Let us entrust this great and urgent prayer for peace to the Queen of Peace and to our humble and peaceful Saints Francis, Clare and Elizabeth", concludes the letter. (PA) (Agenzia Fides, 8/10/2022)