ASIA/BANGLADESH - The first Jesuit school in Bangladesh: "to educate the mind and heart" 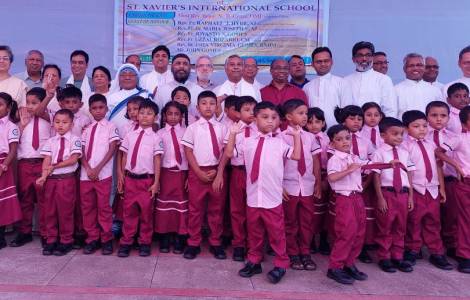 2022-11-14
Ten couples choose the sacrament of marriage: a new path in the Catholic community

Gazipur (Agenzia Fides) - St. Xavier's International School in Kuchilabari, in the district of Gazipur, near Dhaka, the first Jesuit school in Bangladesh, has just opened its doors and started teaching activities for the new school year with 34 children, but it can host up to 600. The headmaster of St. Xavier's International School, Fr. Probash Rozario SJ, explains to Agenzia Fides: "After the postponement due to the pandemic, we were able to open it and start. In recent years we realized that in the territories of the parish of Motbari there was no English junior school despite the great demand". The slogan of this school, he says, is "One fire kindles other fires". "We want to accompany the children in their growth, so that they become good citizens and patriots. The intent is not only to educate the mind, but also to educate the heart", he adds.
The Archbishop of Dhaka, Bejoy N. D'Cruze OMI, who attended the inauguration of the institute, said: "In our country, efforts must be made to improve the education sector. The Church thus offers the witness of doing good to society. In our schools we want to make students authentic human beings, our commitment is certainly not a way to make a profit. "Archbishop Bejoy, who is also president of the Bishops' Conference of Bangladesh, stressed that "students will receive the best education possible", and he told the school teachers: "In addition to academic education, you will also offer moral education and human and Christian values, training men and women who will then make a contribution to the nation, as has happened for political figures today to the government", he said.
Shirin Sharmin Chaudhury, President of Parliament, and Dipu Moni, Minister of Education, are in fact former students of the Holy Cross School, a Catholic school based in Dhaka.
Local Catholics thank the Society of Jesus for founding this school. "We felt the need for a good educational institution in our area. With the establishment and opening of St. Xavier's International School, God has heard our prayers. Education is important for each person's path of growth. This school will satisfy the needs of the territory and will be open to children of all faiths", says Suren Gomes, a resident of the parish of Mathbari in Gazipur, to Agenzia Fides. Gomes, a teacher in a state school, appreciates the educational service of the Jesuits: "Throughout the world, the Jesuits carry out their ministry and apostolate in education. We are grateful to God that this school is God's blessing for us. We hope that our children and the next generation will receive quality education from this school", he says.
The presence of Jesuits in Bangladesh is as old as the presence of Christianity in the country since they were the first missionaries who landed in the Bay of Bengal in the 16th century (between present-day India and Bangladesh).
Later the religious had to leave that area and only returned in 1994 at the invitation of the Bishops of Bangladesh. They are currently present in three communities. From Bangladesh 23 young natives have joined the Society of Jesus and are now active in various ministries of a spiritual, cultural nature, in youth ministry, in refugee services.
In Bangladesh, the Catholic Church (a community of about 400,000 baptized out of a population of 165 million, 90% Muslim) runs a university, 13 colleges, over 200 high schools and 500 institutes including primary schools and technical and vocational schools. (PA/FC) (Agenzia Fides, 19/9/2022) 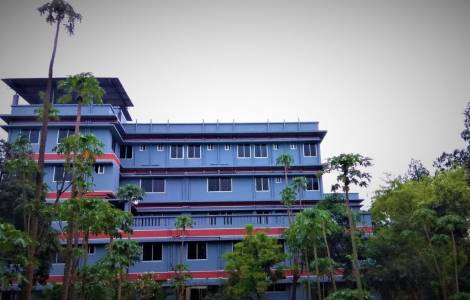