ASIA/KAZAKHSTAN - Russian and Kazakh Catholics on the Pope's visit: "It was a great gift to see that the Pope loves us" 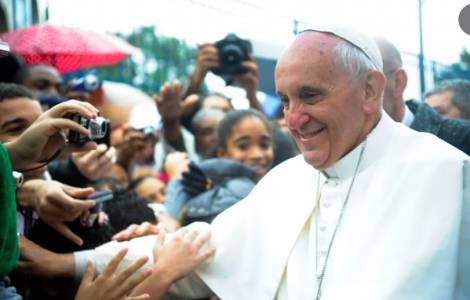 2022-12-07
A new Center for children with Down syndrome in Almaty, the result of "constructive dialogue" between the Church and civil institutions

Karaganda (Fides) - "I am happy that my parishioners had the opportunity to meet Pope Francis and Catholics from various other local Churches: Uzbeks, Russians and Catholics from other countries were present", said Fr. Valery Ermish, parish priest of the Catholic parish of the Nativity of Mary in Šakhtinsk, in the Diocese of Karaganda. "After what we saw in Nur-Sultan, we return home and to our parish with the living image of the Catholic Church, which is universal, in our hearts. The Pope's visit has given us a broader view of our lives as Catholics of the small Kazakh church". Located on the site of the former Karaganda concentration camp system, Father Ermish's parish was originally established to provide pastoral care to German and Polish deportees, many of whom returned to their homes after the fall of the Berlin Wall and the end of the Soviet Union.
Fr. Valery accompanied the group of Catholic pilgrims who traveled from Russia to Kazakhstan for the visit of Pope Francis and returned to the Russian Federation yesterday. Among them was also Verbite brother, Artem Tretyakov SVD, from the city of Angarsk (south-eastern Siberia), who told Fides about his meeting with Pope Francis: "At first I was not enthusiastic about the idea of participating in this pilgrimage, because I was very busy with the beginning of the new academic year, but my confreres convinced me. So, as a gift for the pope, I brought a prayer book signed by the verbites of our region. I was supposed to deliver the gift through a bishop or cardinal, but instead, the crowd unexpectedly brought me to him. I kissed his hands and started talking to him in Russian, but he didn't understand, and when I told him where I came from, he heard the word "Rossiya" ("Russia") and immediately turned to me and hugged me. For me it was a great gift to see that the Pope loves us".
The accompanying Catholic and law professor Ol'ga Dubjagina from Moscow also spoke to Fides about her feelings: "I bring with me a new understanding of unity and peace. We left in a very difficult situation, which is also reflected in our lives, but prayer united us: I saw unity among us in the group and unity with all the pilgrims who had come from different countries to meet the Pope, who welcomed us with generosity, even when on the first evening of our journey we showed up late at night in a Kazakh community that was not expecting us, because we had had some logistical problems, and in Nur-Sultan, while we were waiting for the Pope in the crowd in the square, nuns, priests came, whom we had never seen before, to introduce us to their friends and tell us their story. These are people that I will most likely never see again in my life, but I know that we are part of the Church and Jesus unites us as in one big family: I bring with me to Moscow this square full of Catholics from different countries, because I know that I belong to this Church, capable of bringing peace to every part of the world". (CD) (Agenzia Fides, 17/9/2022) 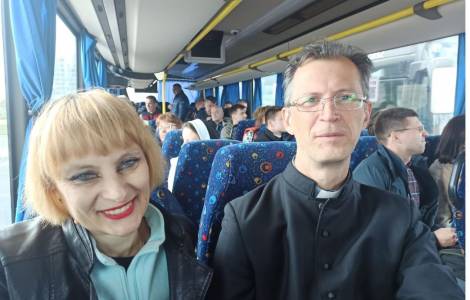 ASIA/KAZAKHSTAN - Pope's visit: "All of Kazakhstan is happy"