AMERICA/BRAZIL - Towards the elections of October 2: the bishops meet the candidates 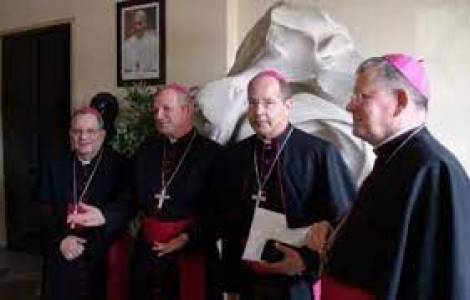 2022-11-03
"The exercise of citizenship does not end with the end of the electoral process", the Bishops call for reconciliation

2022-10-22
Venezuelan emigrants integrated into Brazilian society through work: the experience of the "Casa Bom Samaritano"

Brasilia (Agenzia Fides) - General elections will be held in Brazil on Sunday, October 2 to elect the President and Vice-President of the Republic, to renew the Chamber and the Senate and to elect the 27 state governors. If none of the presidential candidates obtains 50% of the votes, a second round will be organized on October 30. Polling stations will be open from 7 a.m. to 5 p.m.
The electoral campaign, whose tone is bitter, polarized and violent, is mainly centered on the election of the new President of the Republic. Among the 12 candidates, incumbent president Jair Bolsonaro, of the far right, and Luiz Inácio Lula da Silva, known to all as "Lula", 76, for decades a leader of the left, who had already was president from 2003 to 2011 and who was arrested in 2018, in the middle of the electoral campaign which led to the victory of Bolsonaro, are the main contenders. In 2021, the Supreme Court of Brazil declared the convictions against him null and void. According to the latest poll presented a few days ago by the Datafolhaex agency, Lula collects 45% of the voting intentions of Brazilians, against 34% for outgoing President Bolsonaro.
The elections are taking place in a divided country that is experiencing a serious economic and social crisis, with all its consequences, aggravated by the pandemic and its mismanagement. In the message issued at the end of their 59th General Assembly, defining the social framework as "very serious" and the need for "urgent changes", the Brazilian Bishops invited "to participate in the elections and to vote with conscience and responsibility", choosing the projects of the candidates committed to the integral defense of life, in all its stages, without forgetting human and social rights and our common home. "All Christians are called to worry about building a better world, through dialogue and the culture of encounter, in the struggle for justice and peace" (see Fides, 30/4/2022).
These days, the National Conference of Bishops of Brazil (CNBB) has begun its agenda of meetings with the candidates for the elections, following a "Protocol" which, among its objectives, aims to guarantee the non-partisan position of the Church, treating men and women candidates in the same way, and showing respect for the autonomy of the faithful in the expression of their vote. The CNBB will present to each candidate their contributions to the construction of a fairer, more united and more fraternal country, and will address the following themes, defined by the Protocol: Holy See-Brazil Agreement, Defense of the Common Home, Defense of Democracy, Defense of the Secular State, Integral Defense of Life, Economy of Francis, Education and Poverty, Exclusion and Social Justice.
The first meeting, between the Archbishop of Belo Horizonte and the President of the CNBB, Msgr. Walmor Oliveira de Azevedo, and the Vice Presidential candidate Geraldo Alckmin, took place at the Metropolitan Curia of Belo Horizonte on September 13.
The "Protocol for the meeting of candidates for electoral office in 2022" was prepared by the CNBB with the support of political and communication consultants, after listening to the regional proposals and analyzing them in the Permanent Council. Its 11 points stipulate, among other things, that "all meeting requests will be accepted", "candidates for the Presidency of the Republic will be received by the President of the CNBB and the Secretary General", both accompanied by their
respective political and communication consultants; requests for meetings must be sent through the official channels of the CNBB; the meetings will take place in presence, in compliance with the health rules in force. (SL) (Agenzia Fides, 15/9/2022)

ASIA/MALAYSIA - Bishop on upcoming election: "Choose on the basis of your conscience"

ASIA/PAKISTAN - Government and courts crackdown on blasphemy through social media