EUROPE/ITALY - Comboni Missionaries, 150 years of mission: an exhibition looking at the General Chapter 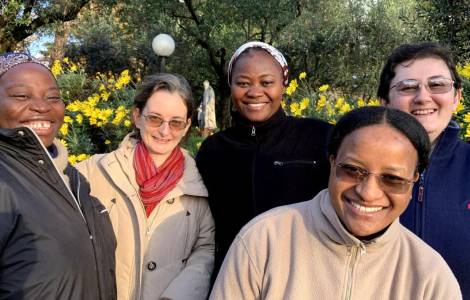 Verona (Agenzia Fides) - The 150th anniversary of the foundation of the Comboni Missionaries will be commemorated on September 14 at the Mother House, in Verona, with the inauguration of the exhibition "A promise that continues", in view of a larger project for the enhancement of cultural heritage of the Congregation. In fact, the transfer (from Rome to Verona) of the Historical Archive of the Congregation and the reorganization of the permanent exhibition of the objects of the Museum of the Comboni Missionary Sisters will soon take place, which, thanks to a new arrangement, will be located in some of the most significant spaces of the Mother House and, through the use of multimedia technologies, it will allow to tell the lived experience of the missionary experience and show its continuous evolution.
"A choice that also responds to the times," explains Sister Luigina Coccia, Superior General -. Our Institute suffered a severe blow when, shortly after its foundation, Daniele Comboni died. But the vision of the future of the sisters who had shared the mission with him ensured that this precious treasure was not lost. Thus, despite the difficulties, and knowing how to respond to new needs, the Institute has reached a century and a half".
Today there are 1,017 Comboni missionaries in the world belonging to 34 nations (608 European, 248 African, 157 American, 4 Asian), the average age is 70 years, which calls for reflection, which will be on the agenda of the XXI Chapter General to be held at the Mother House from October 1 to 26.
"Given that we Sisters are in a process of decline, there could be a temptation to withdraw in the countries where we already operate - comments Sister Luigina Coccia -. In my opinion, however, we should reorganize ourselves so that the Institute continues to expand in the greatest number of countries as possible, perhaps with fewer presences and expanding collaboration with other congregations, because we believe that each human reality, each culture, each church has much to contribute. It enriches us, not only with new members, therefore cultivating interculturality within us, but also with new ways of understanding what we are as Comboni missionaries today. So the challenge and, at the same time, the dream, is that as Comboni Sisters we can continue to be present on the four continents and, why not, also on the five". (SL) (Agenzia Fides, 12/9/2022)