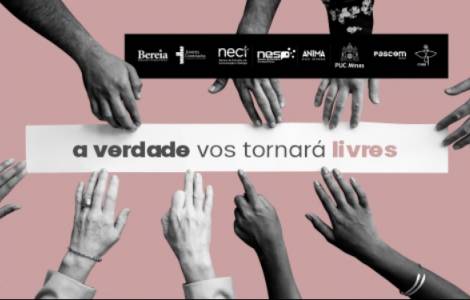 2022-09-15
Towards the elections of October 2: the bishops meet the candidates

Brasilia (Agenzia Fides) - "Develop the ability to verify the news, exercise the Christian attitude of spreading the truth and form a network of news fact-checkers in the Church": This is the objective of the online course "Fake News, Religion and Politics" that will be held from August 8 to 12, from 7:30 p.m. to 9:30 p.m., promoted by the Episcopal Commission for the Pastoral Care of Communication, by the Communication Department of the Episcopal Conference (CNBB) and by the Pastoral for Communication (Pascom-Brazil), in collaboration with other realities involved in this field. According to the note sent to Agenzia Fides, the free training course foresees 300 participants and will take place on the Zoom platform. It has been promoted taking into account the substantial increase in the dissemination of false news (fake news), in order to offer adequate training to communication pastoral agents and other pastoral movements and various Church bodies. The auxiliary bishop of Rio de Janeiro and general secretary of the CNBB, Monsignor Joel Portella Amado, underlines: "we are frightened by various situations of our time, present in the world and, of course, also in Brazil. Among these is the spread of so-called fake news". According to the Bishop, it is a phenomenon that, with the aim of weakening people and society, must be identified, understood and vehemently rejected. The commitment to the truth is, without a doubt, a Christian demand, but "it concerns all people, regardless of their faith, because when we renounce the truth, we also renounce our human condition". There are social groups that today use fake news to produce misinformation and build false narratives about history, human beings and the truth of the facts, with the clear objective of hurting people and destabilizing democracy, observes the auxiliary bishop of Belo Horizonte and president of the Episcopal Communication Commission of the CNBB, Monsignor Joaquim Giovani Mol. "As Christians, our duty is to always seek truth and correct information based on real data. Our pastoral duty is to fight and prevent the spread of disinformation and strengthen our commitment to the truth". Pascom-Brazil coordinator Marcus Tullius says that the desire is to move towards strengthening a network of Catholic pastoral agents capable of monitoring and addressing this complex phenomenon of fake news. "The partners in the realization of this initiative have embraced the cause, because we are convinced that it is necessary to fight against disinformation and this is done with well-trained people. It is a very difficult task, but, echoing Pope Francis, we reaffirm that we must believe in the 'contagious' power of kindness. It is a first step, but significant for the context in which we live".
Among the topics that will be addressed by qualified speakers: Democracy and disinformation; Truth and Religion: Christian Commitment: Methods of Verification; Verification tools and techniques; Proposals to combat disinformation. (SL) (Agenzia Fides, 22/7/2022)

VATICAN - Mgr. Harrington to the Bishops: "We need to rethink communication, putting the recipients of the message at the center"