AFRICA/CAMEROON - A Baptist Pastor: "religious ommunities are more united than ever" 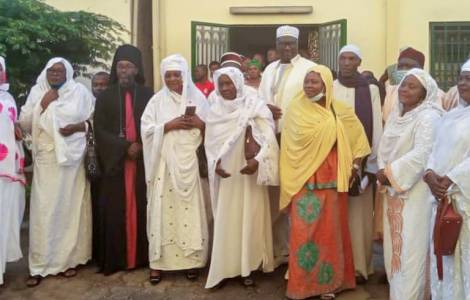 2022-09-22
Kidnapped Catholics: "We don't want to create dangerous precedents; we do not pay the requested ransom"

2022-09-19
Bishops on the attack on the Catholic Church: among those who attack the churches there are also members of our communities

2022-07-21
A Baptist Pastor: "religious ommunities are more united than ever"

Bamenda (Agenzia Fides) - "If there is a positive aspect in this terrible crisis, it is the fact that the Christian Churches and other confessions, in particular I am thinking of Islam, are now more united than ever. The voice of religions here, in the English-speaking regions, is one, in defense of the people. In 2017 the Catholic Bishops and we, Baptist leaders, met and drafted a document which was later made public. At the end of 2018, Cardinal Tumi conceived the idea of an All Anglophone general Conference and an agenda was established: let's meet and talk about the problem and then ask the government for a national dialogue. We requested a formal authorization, but we were not even granted an audience with the president in Yaoundé, not even Cardinal Tumi. So we decided to turn to the people. We did a survey asking people what the best solution was and the majority answered: independence. The Churches listen and are especially concerned about the enormous suffering of the people, they are involved in advocacy, in dialogue with the government in defense of the vulnerable. We urge you to ensure that the suffering is alleviated as soon as possible". Baptist Christian Pastor Ncham Godwill Chiatoh leads a Christian community in Bamenda, the capital of the Anglophone regions of Cameroon. From 2016 to 2021 he was president of the Baptist Convention for the entire country and has deep roots in his land, among his people who have been in a state of humanitarian emergency for five years due to clashes between armed independentists (Amba Boys) and the army. In the English-speaking regions, the Baptist Church has about 8,000 members distributed in 40 communities. The Pastor notes: "At the beginning of the crisis, between the end of 2016 and the first months of 2017, we were all surprised because we were moving towards a real conflict. The churches - Catholic, Baptist and others present - called on the government to listen to their voices. They formed a body that brought together representatives of the Catholic, Baptist, Presbyterian and other churches in late 2017. The government thought we were on the side of the separatists and in favor of a political boycott. They accused us and took us to court. They wanted to intimidate us. Our goal was and has always been only peace". The work of the Churches in the search for dialogue, an alternative political strategy to arms and, at least, a ceasefire, continued: "The national dialogue launched in October 2019 never had a clear mandate and, above all, it lacked real representatives of the warring factions. The population is trapped between the domination of the violence of the Amba Boys, previously considered defenders of the people, now turned into terrorist armed groups, and the brutality of the army. This crisis has put us in a position to work more and better together. I believe that the Churches must unite now to mobilize the population so that they are granted their essential rights, with meekness and justice. The leaders of the Churches are in a position to dialogue with the leaders of the Amba boys, who operate in the area, and with those of the diaspora, to promote unity among the thousand factions that comprise them and thus be able to negotiate. The State respects the united Churches and knows that the churches draw strength from God and the support of the people. The Churches are tireless promoters of peace and reconciliation. They also represent a voice to request a general amnesty and to build a climate of trust". (LA) (Agenzia Fides, 21/7/2022)