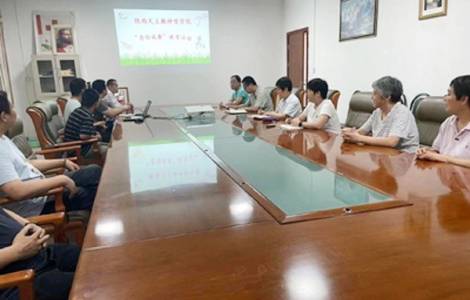 2022-08-03
A summer of intense pastoral activity for the Catholic community, towards a newfound normality

2022-08-01
Holiness, witness of faith, vocation and mission: the themes of the annual retreat of the various dioceses

Beijing (Agenzia Fides) - "Gather the fragments left over, so that nothing will be wasted" (Jn 6:12): the words of Jesus addressed to his disciples after the miracle of the multiplication of the loaves and fishes, together with the teaching of Pope Francis in his Encyclical Letter Laudato Sì on the care of our common home (May 24, 2015), were the guiding thread of the meeting which took place on July 8, in the Major Seminary of Shaanxi, in mainland China, on the theme "To live in frugality and refrain from extravagance".
A month ago, the five largest religious communities in China (Buddhist, Taoist, Islamic, Catholic and Protestant) launched this joint initiative. The Catholic community welcomed it by promoting various activities, starting from the reflection on the texts of the Holy Scriptures, from the Old Testament to the Gospel, to the Magisterium of the Church and of the Popes, but above all keeping in mind the example of Christ himself and of Pope Francis, who lives in evangelical simplicity.
According to Fr. Li jingxi, moderator of the meeting and executive Vice rector of the Seminary, "they have indicated a path for us Christians to follow. The Catholic Church asks every Catholic to learn from the fraternal spirit of Jesus and to share everything he has with the poor and the weak". During the prayer and reflection, the participants highlighted that according to the faith of the Catholic Church, God created all things and gave humanity the resources necessary to live together, and no one should waste them and cause the poverty of others. Furthermore, "the Church has always supported honesty and justice, humility and love for the poor. The poverty professed in the vows by priests and religious is one example. We must lead a simple and charitable life, as Jesus taught us, to 'accumulate our treasure in Heaven', pursuing authentic and eternal happiness".
Various dioceses and communities in mainland China have promoted the same activity, as happened in Shanghai and Inner Mongolia.
Msgr. Paul Meng Qinglu, Bishop of Hohhot in Inner Mongolia, stressed that "frugality and abstinence from extravagance are fundamental for the life of the Catholic Church and for the mission of the Church itself". (NZ) (Agenzia Fides, 13/7/2022)

EUROPE/ITALY - Sister Luigina Coccia: "Mission for us is everywhere, it is the world"