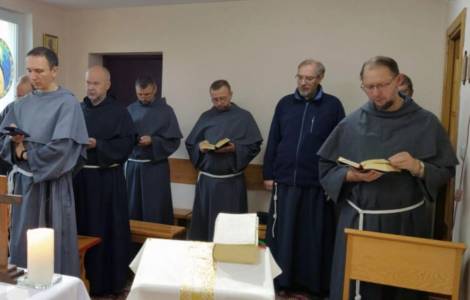 Moscow (Agenzia Fides) - "The charism of St. Francis of Assisi is certainly linked in a particular way to the theme of peace, as was the life of Jesus itself: the poor man of Assisi reminded those he met of the importance of every human being, because he saw imprinted in each brother the image of the Creator". This is what Fr. Dariusz Harasimowicz OFM Conv, General Custos of the General Custody of Russia says, speaking to Agenzia Fides on the theme of peace, so current for Europe and the whole world. As Fides learned, the Franciscans in Russia will spiritually unite with all the Catholic faithful, in the vast nation and throughout the world, to pray the Rosary tomorrow, May 31, with Pope Francis, invoking the Most High, and through the intercession of the Virgin Mary, the gift of peace. "Christ - explains the religious - did not limit himself to saying words of peace, but he gave testimony and brought peace, rising from the dead: and it is precisely in the continuous recurrence of his resurrection where the world can know the peace it so badly needs. It is not a question about pantheism - he continues - but about recognizing the dignity of every man and woman as creatures loved by God: this is the foundation of human brotherhood and leads to the repudiation of all conflict and violence”. Referring to the current situation of conflict between Russia and Ukraine, the Superior explains: “As friars of the General Custody of Russia, we have followed, first of all, the instructions of our Order for all friars: at least one hour of daily adoration Eucharistic prayer during Lent, to which we add various moments of individual and community prayer with a special intention for peace. We have continued the special prayer also after the Lenten period, and we continue to ask incessantly for the gift of peace. In homilies and conversations with the faithful we ask that you pray for those who suffer from violence, remembering that the highest form of love is to come to love your enemies. Today, the Friars Minor Conventual of the Custody of Russia are sixteen in all, coming from Lithuania, Slovenia, Poland, Belarus, Italy and Kazakhstan. In addition, there is a postulant from Kazakhstan, in formation, and a Russian friar who has taken temporary vows. The communities are found in five convents, in the cities of Moscow, St. Petersburg, Chernyakhovsk, Astrakhan and also Nur-Sultan, in Kazakhstan. “Our mission, as Christians and, in particular, Franciscan friars - says Friar Dariusz OFM Conv - is to show those we meet the path of peace, starting with everyday life. Pope Francis, in fact, did not choose this name at the time of his election only to indicate that poverty is the way to bear witness to the Gospel, but also because he recognized the importance of the call to peace, present in the Franciscan charism: peace as a gift of the Holy Spirit for all the children of God”.
The recent history of the Order of Friars Minor Conventual in Russia began after the fall of the USSR, when, in 1993, the friars were invited there by Bishop Tadeusz Kondrusiewicz, then Apostolic Administrator of European Russia. At first, the friars depended on various Polish provinces of the Order, and in 2001 the Russian General Custody of Saint Francis of Assisi ("Rossijskaja General'naja Kustodija sv. Franciska Assijzskogo") was born, which includes Kazakhstan. (CD) (Agenzia Fides, 30/5/2022) 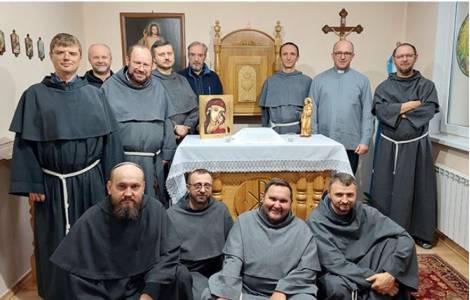