VATICAN - Pontifical Mission Societies: Shaping the future with a view to the history of its origins 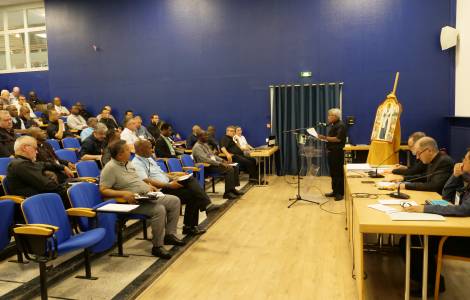 2022-08-08
Cardinal Jozef Tomko, Prefect Emeritus of the Congregation for the Evangelization of Peoples, passed away at the age of 98

2022-07-22
The short film on Blessed Pauline Jaricot whose date of birth occurs today, available in 4 languages

2022-07-04
Pope Francis: mission is born from astonishment and not from the skills of 'experts'

2022-06-21
Thirty years since "Redemptoris Missio" and "Dialogue and Proclamation": a Congress at the Urbaniana University

2022-06-20
The Pope to the Comboni Missionaries: the mission is based on the words of Jesus: "Without me you can do nothing"