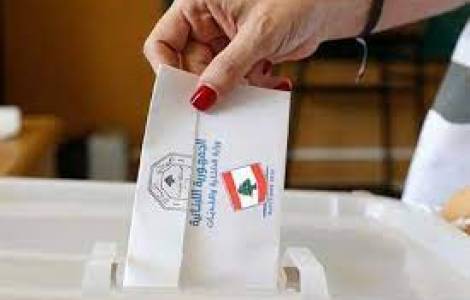 2022-06-03
"We are not celebrating two dead, but two risen in Christ". Lebanese Christians celebrate the beatification of Capuchins Leonardo Melki and Thomas Saleh, missionaries and martyrs

Beirut (Agenzia Fides) - From the scrutiny of the Lebanese parliamentary elections held on Sunday, May 15, a political framework emerges that is in danger of ending in paralysis, marked both by the fragmentation of political acronyms and by the polarization of potential axes of conflicting alliances. The political coalition that prevailed in the previous parliamentary assembly and determined the latest government compositions, made up of the pro-Iranian Shiite Hezbollah party and its allies, has lost its parliamentary majority, but the loss of seats is not huge and does not suggest a possible overthrow of the political framework. The distribution of seats between each of the forces does not yet seem to be resolved in safe terms, but the truth is that Hezbollah and its allied parties no longer control the 70 of the 128 seats they had in the previous parliament. Hezbollah and its main ally, the Shiite Amal party, led by Parliamentary Assembly Speaker Nabih Berri, remain in control of their strongholds. Among the so-called Christian parties, the Free Patriotic Movement, founded by President Michel Aoun and an ally of Hezbollah, loses some seats, going from 20 to 18, while Samir Geagea's Lebanese Forces, supported by Saudi Arabia and Western countries, control at least 18 seats in the new Parliament (compared to the 14 obtained in the previous electoral round). In this case, the transfer of parliamentary seats from the Free Patriotic Movement to the Lebanese Forces does not seem sufficient to cause a complete reversal of the positions of strength between the camps and orientations that determine Lebanese politics. As for the Sunni camp, the Future Movement, led by Saad Hariri, boycotted the elections, weakening the parliamentary representation of forces that in the past had positioned themselves antagonistically to Hezbollah and its allies. In the new parliamentary assembly, the most innovative element is the arrival in parliament of 13 representatives linked to acronyms and groups that refer in various ways to the popular protest movement that emerged in 2019 after the banking collapse, and which had then taken the direction of a global protest against all the traditional political forces of the Lebanese establishment. But the exponents of the so-called "forces of change" presented themselves for the elections in no particular order, and their fragmentation could weaken the impact of their electoral affirmation in the parliamentary chamber. "Faced with such an uncertain panorama", recognizes the Maronite priest Rouphael Zgheib, National Director of the Pontifical Mission Societies, "it is still too early to venture predictions about the political future of the country. But it seems clear once again that, if you want to avoid stagnation, it must be recognized that Lebanon's identity is characterized by being a country at the crossroads, in which different components are called to form a mosaic of coexistence. No one would think of leading Lebanon by exercising a predominance that leaves out of play their political antagonists. The way out of the crisis is that of a high political commitment, and also geopolitical, that takes note of the seriousness of the situation and compose the interests and demands of the individual forces for the benefit of the common good". (GV) (Agenzia Fides, 18/5/2022)