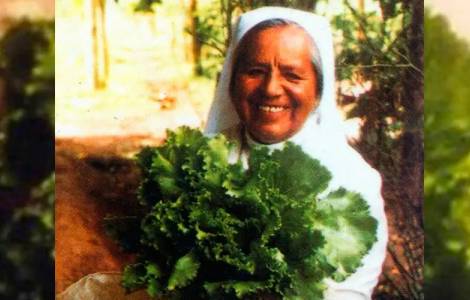 2023-01-26
Resumption of peace talks in a climate of hope, also with the support of OHCHR

2023-01-10
"Let's not allow Peru to be destroyed by our actions or fall into an institutional abyss"; still dead and wounded in the clashes

2022-12-23
We ask for peace, tranquility, unity and reconciliation, based on a broad process of listening and national dialogue

San Ramon (Agenzia Fides) - "Yesterday in San Ramón (Peru), Sister María Agostina Rivas López, known as Aguchita, a nun of the Congregation of Our Lady of Charity of the Good Shepherd, who was killed in hatred of the faith in 1990, was beatified", recalled Pope Francis after the Regina Coeli prayer on Sunday, May 8. This heroic missionary, even though she knew she was risking her life, has always remained close to the poor, especially indigenous and peasant women, bearing witness to the Gospel of justice and peace. May her example awaken in everyone a desire to serve Christ with fidelity and courage".
The Peruvian Church, with various initiatives, had invited people to prepare for the Beatification (see Fides, 24/5/2021; 22/2/2022) which took place on Saturday, May 7 in Florida, at the Apostolic Vicariate of San Ramón, in the same place took place where the nun was murdered. The beatification ceremony was presided over by Cardinal Baltazar Enrique Porras, Archbishop of Mérida and Apostolic Administrator of Caracas, and attended by thousands of the faithful.
"Sister Agostina's martyrdom has several aspects that deserve to be considered", the Cardinal highlighted in his homily. "First of all, the absurdity of violence, crime, injustice, the wickedness of ideologies for which human life does not count. The indiscriminate use of weapons leaves only death and devastation in its wake, it does not solve the real problems of human coexistence". "For Sister Agostina, martyrdom was not an improvisation, but the ultimate sacrifice of love for her vocation", he emphasized, recalling that "her life and death remind us that for every baptized person this is a constitutive dimension of their existence; the whole of Christian life looks to martyrdom as a constant horizon, in this obligatory dimension, both in a mostly bloodless way and in a bloody form".
Cardinal Porras recalled the Gospel passage, stressing that "in Sister Agostina the Gospel of the Good Shepherd proclaimed in this Eucharist became present. A good shepherdess, Aguchita gave her life for her sheep... Today we celebrate the triumph of life
over death and face the Easter challenge to be disciples and missionaries passionate about learning and teaching how to live".
At the end of the Mass, the Bishop of the Apostolic Vicariate of San Ramón, Msgr. Gerardo Zerdín, announced that the church in front of which the Beatification Mass was celebrated will henceforth be the Shrine of Saint Roma of Lima and Blessed Martyr Agostina.
During the beatification, President of the Council of Latin American Bishops (CELAM), Archbishop Miguel Cabrejos Vidarte of Trujillo, emphasized that Peru is "a land of saints", with the greatness of Saint Rose of Lima, Saint Martin de Porres, Saint Juan Macías , Saint Toribio de Mogrovejo and Saint Francisco Solano, and also "a land of martyrs". In the series of the "witness and fidelity to Christ and his Church" of the martyrs of Chimbote (see Fides, 1/12/2015) there is "the heroic sacrifice of the martyr María Agustina Rivas López". "They wanted to drown their lives in silence of death, but God made of it a cry of justice which resounded and resounds in the universal Church; they wanted to shed their blood to eliminate their presence and their faith among the simple people of Florida", said the Archbishop.
The nun's martyrdom is "a symbol of love and hope that strengthens our commitment," concluded Archbishop Cabrejos Vidarte, urging, in this synodal time that the Church is experiencing, "to renew the passion for Jesus, the passion for his Gospel and the passion for his people, the Holy People of God". "Today we rejoice in the Lord to have a courageous blessed woman who gave her life for Christ and for the poor and is an example of service and faithfulness to us all". (SL) (Agenzia Fides, 9/5/2022)

VATICAN - In grateful memory of the murdered missionaries. Witnesses, not "testimonial"

AFRICA/NIGERIA - Priest burned alive. "They came to kill", says the auxiliary bishop of Minna to Fides

AMERICA/URUGUAY - The first Bishop of Montevideo, Jacinto Vera, missionary and tireless apostle to be beatified