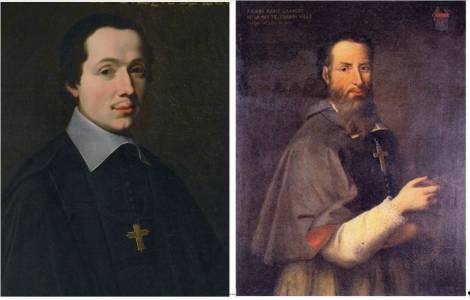 2022-05-17
Vesak Festival: Buddhists and Christians together for a better world

2022-04-26
Dialogue, cooperation and positive developments in relations between the Holy See and Vietnam

Thai Binh (Agenzia Fides) - The Vietnamese bishops, during their recent Plenary Assembly in Thai Binh, expressed the desire to open a beatification process for the two bishops, François Pallu MEP (1626-1684) and Pierre Lambert de La Motte MEP (1624-1679) who were the first missionaries sent to the Far East, in particular in the diocese of Dang Trong and Dang Ngoai.
In this context, the prelates recalled that the two missionary bishops, co-founders of the Paris Society for Foreign Missions, paved the way for the evangelization and growth of the Churches in East Asia. The meeting in Thai Binh was attended by all the bishops of Vietnam's 27 dioceses, as well as Archbishop Marek Zalewski, Apostolic Nuncio in Singapore and non-resident papal representative in Vietnam, and a Vatican delegation led by Msgr. Miroslaw Stanislaw Wachowski, Vatican Undersecretary for Relations with the States.
At the end of the assembly, on the morning of April 29, the Bishops concelebrated a solemn Mass to mark the 85th anniversary of the Diocese of Thai Binh and the inauguration of the "Sacred Heart" Seminary in Thai Binh. The celebration was supposed to take place in March 2021, the exact founding date of the diocese, but was postponed due to the pandemic. The President of the Bishops' Conference of Vietnam, Archbishop Joseph Nguyen Chi Linh, said in his homily: "The development of the Diocese of Thai Binh has been marked by challenges and difficulties. However, over time, excellent pastors have been sent to the Diocese of Thai Binh, and God's divine providence has helped to overcome all these obstacles.In particular, the current diocesan bishop Peter Nguyen Van De has devoted his body and soul to the diocese, as shown by his episcopal motto "Give me souls", always promoting the building of the necessary infrastructures used for pastoral life". Recalling the history of the diocese, a priest of the clergy read aloud to those present: "On the 85th anniversary of the founding of the diocese, we remember a blessed journey with 31 martyrs, nineteen of whom were local believers and another twelve missionaries sent to the diocese". The Rector of the Sacred Heart Seminary, Dominic Dang Van Cau, then thanked the faithful of the diocese "who have contributed to the construction of the seminary with their daily work, also with the support of non-Christians". According to the Rector, even the poorest people had done their part to create an appropriate structure for the study and accommodation of the seminarians, saying: "This deed is precious, like the money that is given in the Gospel of Luke (Lk 21:1-4), to whom Jesus said: I tell you truly, this poor widow put in more than all the rest". The diocese of Thai Binh was founded on March 9, 1936 by Pope Pius XI and includes the two administrative provinces of Thai Binh and Hung Yen in northern Vietnam. Today, a total of 132 priests who provide pastoral service to 135 thousand Catholics in a population of 2.9 million (4.6% of the population). (AD/PA) (Agenzia Fides, 3/5/2022)

AFRICA/CHAD - Salesian missionaries: with the compassion of Jesus, alongside families impoverished by the food crisis

VATICAN - Pope Francis: May Pauline Jaricot's example arouse in everyone the desire to participate in spreading the Gospel in the world