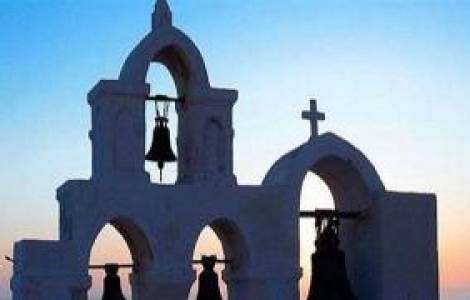 Samalut (Agenzia Fides) - On Saturday, April 23, the 9 Coptic Christians who had been imprisoned since January 30 for having participated in the previous days in the protests carried out by some Christian residents of the village of Ezbet Faragalá were released - in the Egyptian province of Minya - to denounce the delays in the reconstruction of his church, destroyed by fire in 2016 (a year marked by waves of sectarian attacks on Christian places of worship throughout Egypt). The nine detainees were able to reunite with their loved ones again and share with them the participation in the rites of Easter, celebrated by the Coptic Churches on Sunday, April 24. All of them were accused of attempting against public safety by participating in illegal meetings, and also of distributing a video on the Internet criticizing the authorities for the delays in the reconstruction of the destroyed church, which had been authorized for more than a year. On March 30, Amnesty International called on the Egyptian government to release the nine Christians who had been "arbitrarily" detained for two months. The question of the construction and rebuilding of Christian places of worship has always been a source of tension and regular conflict between the Christian communities in Egypt and the local authorities. Until 2016, the construction of new Christian places of worship was still conditioned and, in fact, hampered by the so-called "10 rules" added in 1934 to the Ottoman legislation by the Ministry of the Interior, which prohibited, among other things, the construction of new churches near schools, canals, government buildings, railways, and residential areas. In many cases, the strict application of these regulations had prevented the construction of churches in cities and towns inhabited by Christians, especially in rural areas of Upper Egypt. In the decades following the imposition of the "ten rules", many churches and chapels were built all over Egypt spontaneously, without the necessary permits. Even today, these buildings, erected by local Christian communities without legal permission, are still used from time to time as a pretext by mob groups to foment sectarian violence. The new law on places of worship, ratified by the Egyptian Parliament in August 2016, also made it possible to start a methodical process of "legalizing" Christian places of worship built in the past without the necessary permits. The government commission created for this purpose has met on 20 occasions and on each of them has given its approval to the legal regularization of churches and buildings that were previously considered totally or partially not authorized by law. Recently, illustrating the guiding criteria for the massive urbanization plans applied by Egyptian political leaders (see Fides, 7/3/2022), Egyptian President Abdel Fattah al Sisi reiterated that newly built cities must include the construction of a church in its urban and regulatory plans, although this place of Christian worship is attended and used by a small number of baptized people. (GV) (Agenzia Fides, 25/4/2022)

VATICAN - The Holy See: "surprise and regret" over installation of Chinese Bishop which did not take place in conformity with the Provisional Agreement

AMERICA/CHILE - Conference on Migration and Refuge: Focus on implementation of the new migration regulations

EUROPE/UKRAINE - Representatives of the US Pontifical Mission Societies visit the country: "We want to share suffering and pain"