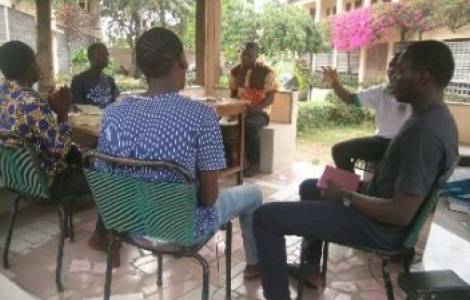 2022-01-15
"Equalization and the health of the priest": General Assembly of the Fraternity of Diocesan Priests of Togo

2021-12-22
The true meaning of Christmas in caring for others: the missionaries never stop

Lomè (Agenzia Fides) - "We opened the Propaedeutic Seminary of Lomè on January 3, 2022 with 7 young aspirants who intend to enter our community (see Fides, 24/1/2022). The seminarians we welcome are going through a period of "initiation to community life and self-knowledge", said to Fides Fr. Silvano Galli, priest of the Society for African Missions (SMA), from Lomè. "I am with my confrere, Fr. Walter Woamede, Superior of the propaedeutics, and we take care of these young people on a permanent basis. The young aspirants almost all come from our parishes here in the city, except one who comes from Kolowaré", explains the missionary. The SMA province of Togo has developed a lot in a few years. There are 40 seminarians and 45 priests scattered almost everywhere". Father Silvano recounts the daily life of the Lomé mission: "among the courses we organize with a few teachers who come from outside to help us, the children take courses in SMA, history, the history of traditional religions, fundamental theology, initiation to the Bible, catechism of the Catholic Church, an English course. Two afternoons a week are dedicated to sport, another to manual work, another to singing lessons and on Saturdays to cleaning, personal and community. We are trying to make a vegetable garden blossom and we also have two cooks!" "A few days ago - he continues - I went to see the head of the canton, a Catholic, who lives not far from our home. He is not the absolute holder, but only the "trustee", the representative of the Supreme God, and must preside over all events. Once a month, the SMA communities of Lomé meet for a moment of fraternity and to take stock of the life of the Province. "A few days ago, we were invited to the headquarters of the province in the city center. We were accompanied by the provincial of the province of Strasbourg, originally from the Democratic Republic of Congo, and his adviser, a native from Togo, who came to visit. We were about forty priests and it was the first time they had seen me since my arrival in January 2022".
The Center welcomes all SMA fathers and seminarians. "In Togo, we have seven SMA parishes, four in the south and three in the center-north. (SG/AP) (Agenzia Fides, 7/3/2022) 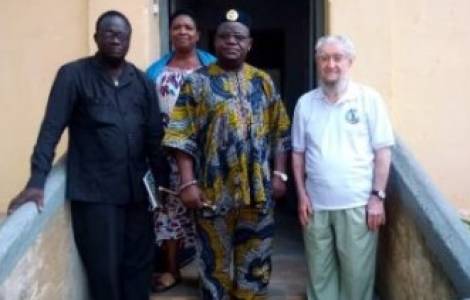