ASIA/SRI LANKA - One thousand days after the Easter massacre: day of commemoration 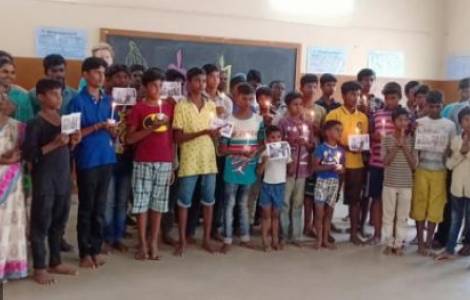 2022-04-27
Waiting for truth and justice: the Church commemorates the Easter massacres and visits the Pope

2022-04-07
The National Director of the PMS: "Sri Lanka needs justice and transparency"

2022-01-14
One thousand days after the Easter massacre: day of commemoration

Colombo (Agenzia Fides) - The Church in Sri Lanka lives today, January 14, a special day of commemoration, a thousand days after the 2019 Easter Massacre, when suicide bombers hit churches and hotels. As Agenzia Fides reported, it is a "National prayer of supplication, centered on the theme: "Lord, may my cry reach you".
On the recommendation of Cardinal Malcolm Ranjith, priests, nuns and laity will celebrate a liturgy of commemoration in the National Basilica of Our Lady of Lanka, in Tewatta, on the morning of January 14. "This celebration also aims to express our demand for truth and justice for the victims", said the Cardinal.
"The country has had to face many challenges. We turn to our Mother Mary for her protection, her guidance and blessings", said Msgr. Anton Ranjith, Auxiliary Bishop of Colombo. "Priests, religious, parishes and all communities have urged Catholics to experience the commemorative event by praying together with the Cardinal", Father Srikantha Fernando, parish priest of Our Lady of Sorrows in Kadawala, told Fides. "We are all united in demanding that the truth behind the Easter attacks emerge and be made public", he said.
Church leaders have repeatedly demanded transparent and honest explanations of the attacks from the government. According to Monsignor Raymond Wickramasinghe, Bishop of Galle, those responsible for these attacks "must be brought to justice". Speaking at an online forum held over the past few days for Sri Lankans living in Europe, Cardinal Ranjith expressed concern over the events and political considerations that occurred during the presidential elections, followed by the terrorist attacks on Easter Sunday. According to the Cardinal, the conclusions of the presidential commission of inquiry could hide crucial information about the attacks, while some officials and politicians could try to hide the truth.
According to media reports, the inquiry has spent 650 million rupees to investigate the attacks in question.
Nine suicide bombers linked to the local Islamist extremist group "National Thowheed Jamath" carried out attacks on three churches and three luxury hotels on April 21, 2019. 279 people were killed, including 37 foreigners from Japan, Switzerland, Spain and the United Kingdom, Denmark, Portugal, India, Turkey, Australia, the Netherlands, Bangladesh, the United States and China. In addition, more than 500 people were injured in the attacks. (SD) (Agenzia Fides, 14/1/2022)

ASIA/INDIA - Appeal from the Catholic laity: Stop hatred and violence against Christians

AFRICA/NIGERIA - The Christian denominations of Kaduna: "No to the hypothesis of hiring foreign mercenaries to fight against terrorists"