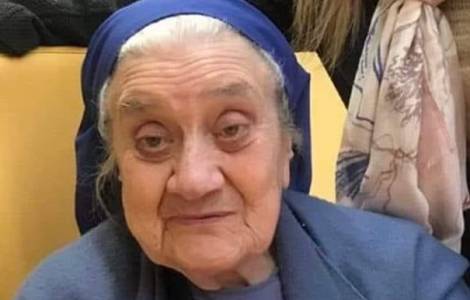 Hermel (Agenzia Fides) - In her long life "she sowed good wherever she went". For this reason, even the Shiite Muslims in the Lebanese city of Hermel, in the Beqa'a valley, wanted to say a prayer for Sister Barbara of Jesus, the 90-year-old Catholic nun of the Little Sisters of Jesus, who died on Christmas Eve. They invited the entire population of the country to a funeral ceremony, hosted on the evening of Sunday 2 January in the condolence hall of the mosque dedicated to Imam Zayn al-Abidin, in the neighborhood of al Harah. In the message calling for the suffrage offer, gratitude was expressed for the love with which Sister Barbara "sowed good things wherever she went". "All the people of Hermel miss you as an example of piety, charity and purity", read a banner hoisted at the entrance to the mosque district to express gratitude for Sister Barbara and to entrust her soul to "the great mercy of God".
At the funeral, eyewitnesses reported, "Sister Barbara's fellow sisters received expressions of condolences from high-ranking members of the local community. The mayor expressed gratitude for the presence of the sisters in the region, recalling that their discreet work has accompanied him throughout his life, since he was a child. For the soul of Sister Barbara, the many Muslims who attended the ceremony recited Al-Fātiḥa, the "merciful and gracious" God that constitutes the first Sura of the Koran. All those present were offered the traditional unsweetened coffee, as is customary when expressing condolences in the Lebanese Christian and Muslim communities.
The funeral ceremony organized by the Shiite Muslim community of Hermel to pray for the late Sister Barbara also showed once again the fruits of the unique and silent apostolic work carried out by so many religious women in the daily life of the peoples of the Middle East is done.
Sister Barbara Kassab, originally from Egypt, spent her whole life doing good for her Christian and Muslim brothers and sisters in a country that has been wounded and at times torn by numerous internal conflicts. "Great sadness on earth and great joy in heaven at the passing of Sister Barbara", read the funeral announcement with which the Christians in the region announced their death. It was recalled that Sister Barbara "devoted her life to work in the Church, to social works at the service of the community and above all the poor in the region". Gratitude was expressed for the presence of Barbara and her sisters who offered everyone comfort and consolation "in our difficult days", and represent "a shining sign in our world shrouded in darkness. Her soul - the message added - will be a Christmas present for the Child of Bethlehem. Go in peace, virtuous mother and sister, and may your soul be of help to us, our families, our society and our entire region".
Before they opened a community in Hermel, the Congregation of the Little Sisters of Jesus, founded by Sister Magdeleine Hutin on the model of Blessed Charles de Foucauld, had settled in the village of Ras Baalbek, which is mainly inhabited by Christians. During the years of the Lebanon conflict, this house was a place of refuge for the boys and girls in the area under the sign of peace and harmonious coexistence. On the land adjacent to the small monastery of Hermel, the sisters grow olive trees, vines, legumes and fruit trees. In 2017, when jihadist militiamen from devastated Syria invaded the Beqa’a valley, the mayor immediately took the little sisters and placed them under his protection. Muslim neighbors watched over the monastery, awaiting their return. And when they returned, they asked them not to leave again. In this way they continued to fulfill their missionary and contemplative vocation and, through their daily actions, testify to the signs of Jesus' presence and love among Muslims. (PR-GV) (Agenzia Fides, 3/1/2022) 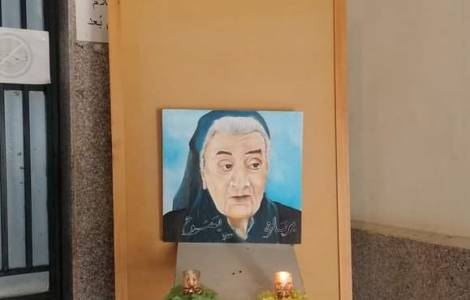 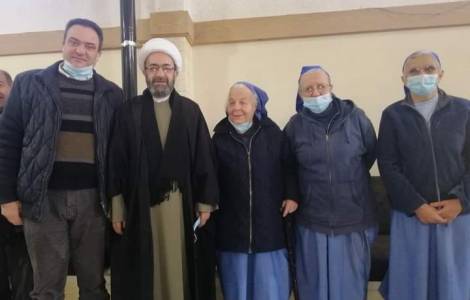 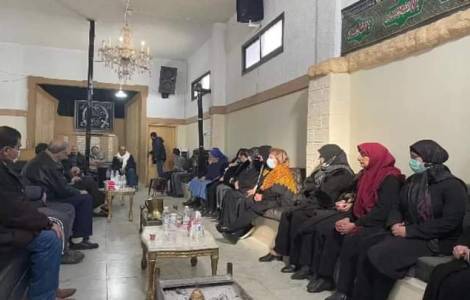 ASIA/INDONESIA - Consecrated life, a gift for the Church and society