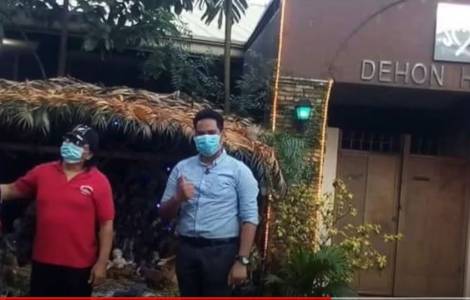 2022-05-17
Vesak Festival: Buddhists and Christians together for a better world

2022-04-26
Dialogue, cooperation and positive developments in relations between the Holy See and Vietnam

Ho Chi Minh City (Agenzia Fides) - "It all started during the General Chapter of 2007, with the decision to open a new missionary presence in Asia. In times of crisis, marked by the decline in vocations, the aging of the staff and the difficult situation in some missions, it was a sign of hope for our congregation, called to restart and reposition itself, in a new world and ecclesial context. Hence the choice of Vietnam, where the first Dehonian missionaries arrived in 2013".
Thus reports in an interview with Fides Father Rechie Gier, a missionary of Filipino origins, who belongs to the Congregation of the Priests of the Sacred Heart of Jesus (called "Dehonians"), speaking of how the spiritual children of Father Leone Dehon took their first steps in the Asian country. "Our community - he continues - is growing rapidly and is promising: God bathes it with his blessing by sending a good number of vocations. At the moment we have 7 candidates studying in the College, 22 students studying Philosophy, 7 postulants, 23 novices and 20 scholastics with temporary vows and 2 deacons". The Dehonians in Vietnam are involved in various ministries: formation and vocations, parish ministry, teaching in the major Seminary and in the Catholic school, and then also in the accompaniment of young people and in the social apostolate. "Thanks to the support of many generous benefactors - explains Father Richie - and the fraternal reception from some dioceses, we can be more present and work with greater diligence in the local Church. We hope - he continues - that with a good number of vocations, coming from different parts of Vietnam, the presence of the Dehonian Congregation will be able to expand and give more services to the Church and to the people of Vietnam".
"To date - says the missionary - we are in dialogue with the Bishops to understand, together with them, where the construction of new religious infrastructures might be necessary: in Ho-Chi-Minh-City, for example - explains Fr. Gier - the Archbishop is thinking about building a missionary center. This would represent an opportunity for us to grow a new community in the city. Another possibility could be to develop the mission in the so-called 'highlands', the plateaus in inaccessible mountain areas, where tribal peoples live". "There is still a lot to do - says Fr. Rechie - it is very important to look at the many young people who are in training, at the shy but encouraging positive responses of the locals, who need to be animated, encouraged and helped. We Dehonian missionaries - he concludes - are entrusted with the mission of responding, in our style and according to the charism of our founder, to the challenges that this land and this society place before us".
The Catholic Church in Vietnam has nearly 8 million baptized, that is 9% of the population. Baptisms are 100,000 a year, and Catholicism is the second largest religion in the country, after Buddhism. (ES) (Agenzia Fides, 18/12/2021)

AFRICA/CENTRAL AFRICA - Missionary on the construction of a new monastery: "We thank those who help our mission"