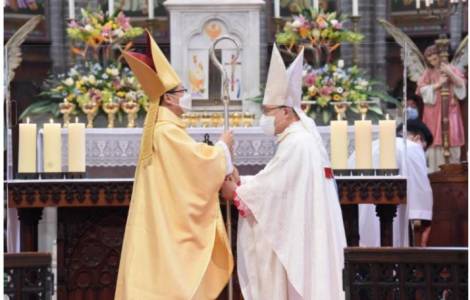 2022-03-21
Resignation of the Bishop of Cheongju and appointment

2022-01-26
The Archbishop and Minister: working together for reconciliation and reunification of the Koreas

Seoul (Agenzia Fides) - Archbishop Peter Chung Soon-Taick officially took office as the 14th Archbishop of Seoul and Apostolic Administrator of Pyongyang. As reported to Fides by the Communication Office of the Archdiocese of Seoul, the solemn Eucharist was celebrated yesterday, December 8, 2021, on the Solemnity of Mary Immaculate, Patroness of the Church in Korea, in Myeongdong Cathedral in Seoul. It was attended by about 600 representatives of the clergy, the monks and nuns, and the laity as well as ranking government officials. Archbishop Chung entered the cathedral together with other bishops, priests and lay representatives of poorer, disadvantaged and suffering associations and groups, invited in a synodal spirit of communion and closeness. After Apostolic Nuncio to South Korea Alfred Xuereb read Pope Francis' letter appointing Chung as archbishop of Seoul, Chung took the oath of obedience, saying he would "fulfill God's will" and "serve in obedience and communion with the Pope".
The Apostolic Nuncio then said: "Archbishop Peter Chung will continue to carry out his episcopal ministry with the attitude of a humble and wise shepherd. Let us all pray so that, with the help of God, he can proclaim the Gospel in its entirety and promote initiatives of unity, peace and reconciliation". Cardinal Yeom, Archbishop Chung's predecessor, expressed himself in his congratulatory speech: "Just as the late Cardinal Stephen Kim Sou-hwan said, the Holy Spirit has finally chosen the new Archbishop for us. God has sent Archbishop Chung as the leader most needed in our time. As the Church is suffering as much as we are in this Covid-19 era, let us follow the lives of all the saints under the leadership of the new Archbishop".
Archbishop Chung then began his homily by praising Cardinal Yeom's works, pledging to emulate his predecessor. He also affirmed: "As the Holy Father recalled in 'Christus vivit', I would like to encourage and accompany all young people while making the Archdiocese of Seoul a synodal church where all the laypeople, priests and the religious take co-responsibility and walk forward together as the People of God".
Mgr. Matthias Ri Iong-hoon, Bishop of the Diocese of Suwon and President of the Korean Catholic Bishops' Conference, remarked that Archbishop Chung will become an ecclesial leader "not only for the archdiocese but also for the entire Catholic community in Korea seeking the guidance of the Holy Spirit".
Culture Minister Hwang Hee congratulated the new head of Seoul Archdiocese on behalf of President Moon Jae-in. The celebration was lived by all the faithful with a spirit of intense prayer and deep emotion. Archbishop Peter Chung Soon-Taick was ordained a priest in 1992 and earned a master's degree in sacred scriptures at the Pontifical Biblical Institute in Rome in 2004. Chung was appointed as an auxiliary bishop for Seoul Archdiocese in 2013. After being consecrated as bishop in 2014, Chung was president of the Committee for Youth Ministry of the Catholic Bishops' Conference of Korea. Pope Francis appointed him the 14th archbishop of Seoul and the apostolic administrator of Pyongyang on October 28.
Mgr. Chung assumed the service of Archbishop of Seoul, succeeding Cardinal Andrew Yeom Soo-jung, who celebrated a thanksgiving and farewell mass in Myeongdong Cathedral on November 30, 2021 (see Fides, 12/1/2021). (PA) (Agenzia Fides, 9/12/2021) 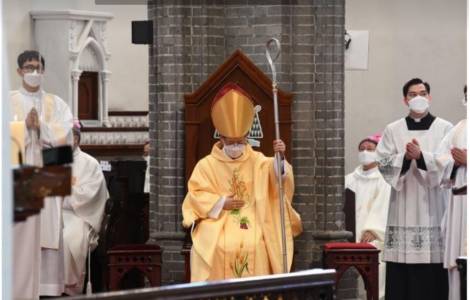 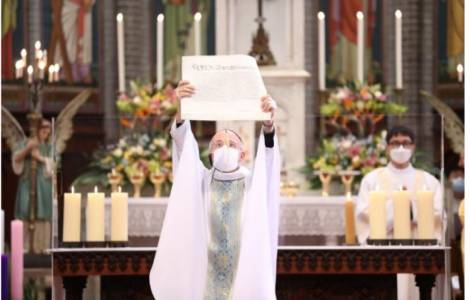 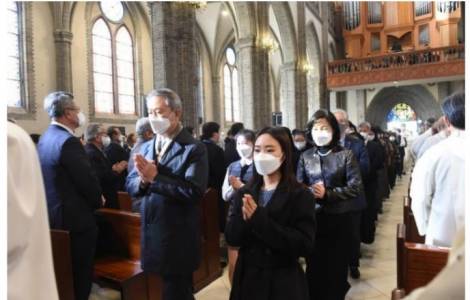 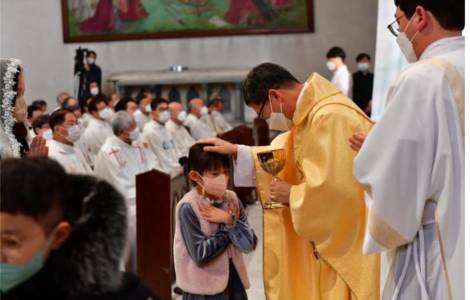 AFRICA/NIGERIA - "But how can you preach love in a country where violence has become a rule?" asks the Bishop of Nsukka