AMERICA/VENEZUELA - Bishops for the elections: "We must not remain in quarrel and conflict" 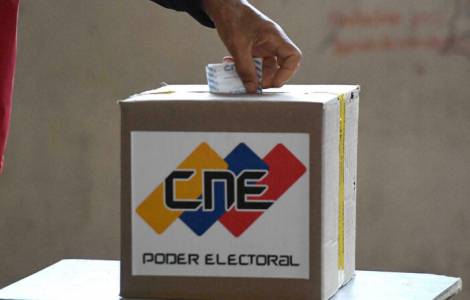 2021-12-16
AMERICA/VENEZUELA: "Trabayo y persona": the challenge to create jobs thanks to training

2021-12-03
"Church, your name is mission": new Venezuelan edition of the CELAM Missiology Manual

Caracas (Agenzia Fides) - Regional and local elections will be held in Venezuela on Sunday, November 21. The Governors of the country and the mayors of the 335 parishes as well as the regional and local councils are elected. Sixty-nine indigenous communities also vote, choosing their representatives according to their own rules. A total of 49% of the candidates are women. On the occasion of the election, the Standing Commission of the Venezuelan Bishops' Conference published a message entitled "Beyond the regional elections". "Venezuela as a nation is humanly, socially and institutionally wounded", begins the message, "primarily as a result of a political model with a totalitarian orientation that we have repeatedly called 'morally unacceptable' because it despises internationally recognized human rights, destroyed the structures of production and contributed to an unprecedented impoverishment of the great majority of the population". The election campaign is therefore about "not remaining in dispute and conflict, but facing them and working to overcome them, in the name of a greater good, which is a present and a future more worthy of the Venezuelan people, our country". The goal of the election, they stressed, "is not just to elect a group of authorities, but to send an unequivocal signal of determination and commitment to rebuilding life, freedom, justice and peace of 30 million people". The Bishops recall that "it is up to every citizen to decide whether or not to participate in this situation, knowing that whatever happens has great implications for the future of the community, the region and the country". Candidates elected in the current situation "must take responsibility for strengthening integration rather than exclusion, for social friendship rather than revenge, for creating opportunities rather than closing paths". They should "work to ensure that the funds actually reach the recipients and do not get lost in corruption and embezzlement and seek dialogue, especially with the poorest and marginalized". The bishops warned against the mutual denigration of political opponents and reminded them that "the common good implies respect and constant dialogue with communities and social institutions, even if they think differently or come from a party other than the one in power". "There is a possibility and a need for new social leaders to emerge from this election, who will have to propose new alternatives to the centralizing project of the national government, but will also have to look for ways to achieve just political, economic and social development in certain regional and local situations".
In conclusion, the bishops therefore want a "good and new policy in which the concern for the people, especially the weakest, and the coordination of the national, regional and local levels are in the foreground". An abstention would not lead to the necessary changes, let alone a blind vote, which does not take into account the dramatic situation of the nation. It is necessary to "regain politics as a place of participation, the exercise of democratic rights and civic engagement". For all this it is essential to double human and Christian hope "in the dignity and potential of every Venezuelan and in the goodness and mercy of God our Father", warned the Bishops. If everyone puts the best of themselves, we will build the solidarity of our communities and the traditions of our region, the foundations for the hoped-for national reconstruction". (SL) (Agenzia Fides, 18/11/2021)

AMERICA/DOMINICAN REP. - The Bishops: "St. Joseph supports us in our daily struggles, no one like him knew how to go through difficult times"