ASIA/ARAB EMIRATES - Dialogue between East and West in music, to "connect souls" 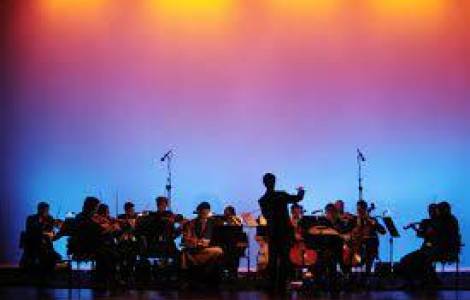 2021-03-05
Bishop Hinder: our Christians too look to the Pope's trip to Iraq. And Muslims praise his courage

Dubai (Agenzia Fides) - "Connecting souls": it is in this spirit that on November 17 and 18, on the occasion of Expo 2020, during the week dedicated to the theme of "Tolerance and Inclusiveness", the show - inspired by a story of One Thousand and One Nights - titled "The Two Moons" will be staged in Dubai. In the background of the "Document on human fraternity for world peace and living together", signed on February 4, 2019 by Pope Francis and the Grand Imam of al-Azhar, Ahmad Al-Tayyeb, the project "The Two Moons" was born from the collaboration between the University of Naples L'Orientale, the World Youth Orchestra Foundation and the IULM University of Milan, and received the support of the "Culture and Art" Foundation, which promotes cultural and artistic initiatives in the name of solidarity and of interculturality.
The show, between music and theatrical action, traces a path that crosses and unites two cultures and religions that are different but intrinsically linked to each other: the Arab-Islamic world and the Western-Christian world. Thanks to the universal language of music, the public is invited to cross all linguistic and cultural barriers, all geographic borders, to tell a wonderful story of inclusion, peace and tolerance.
The show features the musicians of the World Youth Orchestra, who are young people from all over the world, from different backgrounds, cultures, languages and religions. "It is a story full of metaphors, which perfectly represents the two sides of the same reality: two cultures, the Western and the Eastern, which confront each other by using the privileged tool of art as a particular message of fraternity, love and beauty", explains to Fides the artistic director of the World Youth Orchestra Foundation, Maestro Damiano Giuranna.
"I have always been convinced that the arts, including music, play a major role in the cultural and spiritual growth of the individual and in the formation of consciousness, eliminating differences in favor of the social inclusion of individuals and constructive dialogue between peoples", declares Professor Emmanuele FM Emanuele, President of the "Terzo Pilastro" Foundation, which includes the "Culture and Art" Foundation. "The Two Moons" project therefore builds an ideal bridge between different worlds, cultures and religions, under the sign of dialogue, fraternity and the universality of human values, represented by music, literature and poetry. (PA) (Agenzia Fides, 13/11/2021)

ASIA/INDIA - 2021 "the most violent year" for Christians in India