AMERICA/PERU - The Church for the Bicentenary: the participation of the Church in independence and nation building 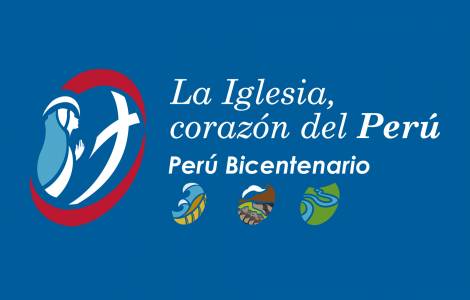 2021-11-08
The Church for the Bicentenary: the participation of the Church in independence and nation building

2021-10-04
La Voz de la Selva, the Catholic radio that listens and spreads the cry and hopes of the Amazon

2021-09-29
The cause of beatification of Fr. Luigi Bolla, a missionary among the indigenous peoples of Ecuador and Peru, has been opened

2021-09-24
The Church is always available to collaborate with the State in the social, educational and health sectors, for the common good

Lima (Agenzia Fides) - The Peruvian Catholic Church is participating in initiatives promoted by governmental, academic and civil institutions, for the Bicentenary of the Independence of Peru from Spain (28 July 1821), although some have been modified or postponed due to the pandemic (see Fides, 28/7/2021). The Bicentennial Commission, promoted by the Peruvian Episcopal Conference (CEP) to commemorate and make visible the important participation of the Church in independence and nation building, recently announced the logo of the event, chosen by a special jury, among 53 proposals received from all over the country. The logo is the work of the young Oscar Olaya and Viviana Chong, of the Beetech Nedley Support S.A.C. as the note from the CEP sent to Fides informs.
The phrase on the logo is "The Church, heart of Peru". Next to the writing, the image is made up of three elements: the Virgin Mary, mother of Jesus and mother of mercy, who watches over us; the Cross of Jesus which reflects God's love for us and the memory of his redemptive sacrifice; the Ark that surrounds the two images and represents the 200 years during which faith illuminated the path of the Peruvians.
At the bottom, under the inscription, three icons represent the three regions of Peru: the coast, the mountains and the forest. Among the activities organized on the occasion of the Bicentenary, the Peruvian Church promoted the VII International Congress of Catholic Educators, from November3 to 5, organized by the National Office of Catholic Education (ONDEC). The VII Meeting of Cultural Heritage will be held from November 8 to 10, on the theme "Defense, protection and prevention in the safeguarding of cultural heritage", organized by the Episcopal Commission for Education, Culture and Cultural Heritage of the CEP and by the Peruvian Ministry of Culture. "Young man, stand up! You are the prophet of the Bicentenary" is the motto of the first National Youth Day that Peru will celebrate from November 19 to 21, with the aim of reflecting and recognizing the importance of youth of the country in the light of the Bicentenary of Independence (see Fides 19/8/2021). In January 2022, the bicentennial congress, "The Church, Heart of Peru", is scheduled. Monsignor Miguel Cabrejos Vidarte OFM, Archbishop of Trujillo, President of the Peruvian Episcopal Conference and President of the Latin American Episcopal Council (CELAM), received on October 29 the medal for the bicentenary of the independence of Peru, awarded by the regional government of Cajamarca, his native land. The Archbishop was recognized for his arduous and fruitful pastoral work at the service of the Church in Peru and the Church in Latin America and the Caribbean, promoting the sustainable and integral development of the person under the sign of peace. (SL) (Agenzia Fides, 8/11/2021)