VATICAN - A new "year of mission" at the Urbaniana University 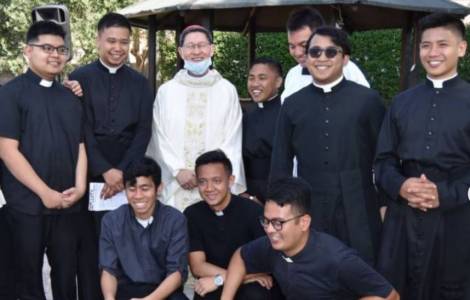 2022-09-19
Artist Zhang: to paint Blessed Pope Luciani, I sought inspiration from the Bible and the cross

2022-09-16
Pope Francis: in the face of de-Christianization, Saint Augustine is more useful than "modernization" plans

2022-09-09
Mgr. Harrington to the Bishops: "We need to rethink communication, putting the recipients of the message at the center"

Vatican City (Agenzia Fides) - "In this university, the different disciplines will work together in search of truth and the common good. In this university, the cries of the poor will never be ignored. In this university, the local Churches will learn the ways of communion as one universal Church. Here all will breathe the air of the freedom of the children of God, eager to proclaim his marvelous works. Here, minds and hearts will be formed to be joyful witnesses of the Gospel to the ends of the earth. In this university, we will walk together with God, with the whole human family and with all creation. Let us open ourselves to a new year of mission", declared Cardinal Luis Antonio Tagle, Grand Chancellor of the Pontifical Urbaniana University, during the inauguration of the academic year 2021-22 of the university dependent on the Congregation for the Evangelization of Peoples (CEP), on October 27, 2021. The Cardinal Prefect of "Propaganda Fide" presided over the solemn Eucharistic concelebration "De Spiritu Sancto" in the Chapel of the Pontifical Urban College, and then opened the Academic Act in the Aula Magna of the University.
Archbishop Protase Rugambwa, Secretary of the CEP and Vice Grand Chancellor of the University, ambassadors of various countries to the Holy See, rectors of other Roman Pontifical universities, numerous guests, professors and students also attended.
Cardinal Mario Grech, Secretary General of the Synod of Bishops, was entrusted with the opening speech of the academic year. In his speech entitled "A Constitutively Synodal and Missionary Church", Cardinal Grech said to those present: "Mission and synodality are key elements of the Church's mission. If the Church wants to fulfill her duty to communicate the Gospel, she cannot but be a synodal Church. Neither missionary activity nor synodality are optional choices! But synodality cannot be improvised: we must form and practice the synodal virtues even during our university experience. As you are doing now. Take full advantage of this time and this space of synodality which is now given to you here". In illustrating the two aspects, Cardinal Grech said: "Since the Second Vatican Council, the magisterium and theology have greatly deepened the missionary nature of the Church. Both have made the effort to move from 'missions' to 'mission' in accordance with their respective roles. If the plural indicated the conviction that the missio ad gentes is one of the many activities of the Church, to be carried out only in favor of peoples not yet evangelized (those who live in the so-called 'mission lands'), the singular suggests that mission is in a certain way the other name of the Church, because she exists - always and everywhere - to evangelize, so that all her activities, to be authentically ecclesial, must be radically missionary".
"As for the idea that the Church is constitutively synodal - he continued - it is not found in the documents of Vatican II, or more precisely, expressis verbis is not found.
'Synodality' is, moreover, a neologism, derived from the old word "synodus", which appeared in the French-speaking world only around the 1980s. Synodality - he said, referring to a recent document from the International Theological Commission," expresses the subject of the whole Church and everyone in the Church. Believers are 'synodoi', companions on the journey, called to be active subjects insofar as they participate in the one priesthood of Christ and are recipients of the various charisms conferred by the Holy Spirit for the common good. There is no doubt that such an idea is at the base of the ecclesiology of the Council, constituting, so to speak, its architrave".
Cardinal Grech then recalled that the newly inaugurated Synod has the title "For a Synodal Church" and the subtitle "Communion, participation and mission". "The word 'mission', he concluded, appears last on the list, not because it is the least important, but because it pushes us to go further, stimulating us to understand how a more synodal Church is at the same time a more outgoing Church, that is to say a more missionary church". The Rector of the Urbaniana University, Father Leonardo Sileo, speaking of the year spent among the difficulties caused by the pandemic, said: "The sacrifices we had to face have made us even more familiar to each other. Although we have kept our distance, we have infected each other with the passion that springs from the greatness of soul of women and men who believe in the evangelizing mission of the Church in the world".
In the vast overview of life of the Urbaniana University, the Rector indicated that the total number of students enrolled was 1,272, while the academic degrees awarded were as follows: 87 Baccalaureate, 98 Licentiates, 27 Doctorates. At the end of the academic year 2020-2021, the number of institutes affiliated, attached or connected to the Faculties of the Urbaniana University was 105: 71 in Africa, 27 in Asia, 3 in the Americas, 2 in Australia Oceania and 2 in Europe, and the number of students attending affiliated institutes or seminaries was more than 18,000. Among the various and numerous cultural activities promoted by the University, Father Sileo pointed out, in particular, that the "Center for Chinese Studies" has continued its work of cataloging the Chinese documents present in the Library, focusing on the drafting of the Catalog of Chinese documents present in the Historical Archives of Propaganda Fide (1622-1830), whose publication is scheduled for 2022. (PA) (Agenzia Fides, 28/10/2021) 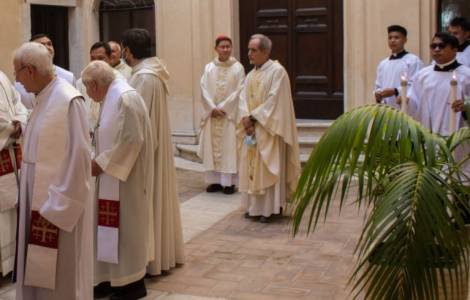 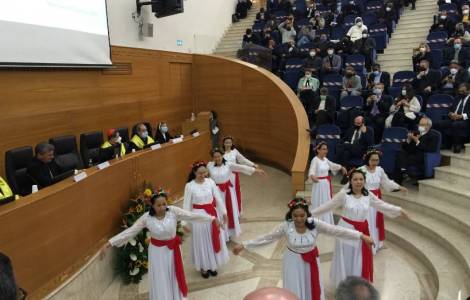 VATICAN - Thirty years since "Redemptoris Missio" and "Dialogue and Proclamation": a Congress at the Urbaniana University

VATICAN - Multiculturality and formation: the International Congress of Urbaniana University