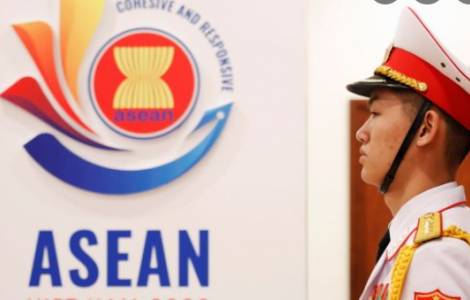 2022-03-22
The implications of the war in Central Asia: between ethnic-linguistic divisions and new arrivals from Russia

2022-03-04
Cardinal Bo and the Bishops of Asia: No to nuclear war, the world needs healing

Bandar Seri Begawan (Agenzia Fides) - The 38th and 39th Summit of the Association of Southeast Asian Nations (ASEAN), the most important event of the year for the regional association of Southeast Asia, opens today, 26 October, in Brunei which gathers ten Countries of the area. This year there is a strong political novelty that has shaken the organization (which has always been governed by the principle of "non-interference" in the internal affairs of the member States): Myanmar will not be represented. After the military coup, and after ASEAN attempted mediation in every possible way, proposing a five-point plan to realign the Country to the principles of the regional organization, the body decided to exclude Myanmar from the forum of October. The unprecedented decision which was taken unequivocally shows a distancing from the violent military coup of 1 February last. The decision was difficult and painful and not without attempts to avoid exclusion. Last April, after having invited the junta chief Senior General Min Aung Hlaing to a collective meeting, ASEAN drafted a five-point peace plan, which has been ignored until now. It then appointed a special envoy with the task of patching things up. Brunei diplomat Erywan Yusof planned to travel to the Burmese capital Naypyidaw on October 12. But when he learned that he could not meet Aung San Suu Kyi or other members of the League for Democracy, he canceled the visit. After the ban on Erywan Yusof, ASEAN decided to exclude Myanmar from the summit.
In recent weeks, several voices in Europe have also continued to blame the military junta for violence against civilians, bringing Europe closer to possible support of the National Unity Government (Nug), the underground government of national unity created by parliamentarians elected in the November 2020 elections but excluded from the possibility of forming a new executive. Meanwhile, violence in Myanmar does not stop and resistance is growing both among the civilian population and the armies of the regional autonomies. According to intelligence reports, there were about eighty armed clashes in the last week as in the previous week. The number of "improvised explosive device" (IED) incidents is on the rise, as are explosions, attacks on telecommunications towers and the incidence of anti-personnel mines.
On the front of regional armed autonomy, according to junta sources, at least six groups are collaborating with the armed civil resistance: the Karen National Union (KNU), the Kachin Independence Army (ANATRA), the Chin National Front (CNF), the Karenni National Progressive Party (KNPP), the Shan Restoration Council (RCSS) and the 'Ta'ang National Liberation Army (TNLA).
The military junta, right after the Asean decision, announced the release of 5 thousand arrested (they are more than 7 thousand) among whom there are also three Baptist Pastors of Kachin ethnicity, who were accused of having organized prayers for peace (see Fides, 1/7/2021). (MG-PA) (Agenzia Fides, 26/10/2021)

AMERICA/COSTA RICA - World Migrants Day: “We must not remain indifferent”

ASIA/VIETNAM - Dialogue, cooperation and positive developments in relations between the Holy See and Vietnam