ASIA/SYRIA - Melkite Patriarch Youssef Absi: the Gospel can be proclaimed only for "a force that is not ours" 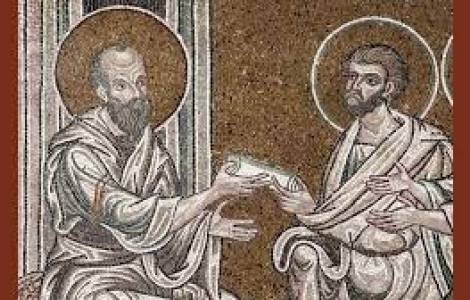 2021-12-28
Father Jacques Mourad: the monastery of Mar Elian, devastated by jihadists, could soon return to being a place of prayer and peace

2021-12-20
The Bishop of Aleppo: May Christmas and the synodal journey make our mission flourish in difficult times

Latakia (Agenzia Fides) - In the present time, in which faith "is dying out in many regions of the world", one cannot become and remain Christian by virtue of human strategies and formation courses. One can flourish and persevere in faith only if one sees at work "a force that is not ours, but that of the Holy Spirit working in us". Thus the Greek-Melkite Patriarch Youssef Absi suggested the only inexhaustible source which in any circumstance, favorable or adverse, can move and nourish the apostolic work of proclaiming the Gospel entrusted by Christ himself to his disciples. The references to the elementary dynamics with which the salvation promised by Christ spreads throughout the world were highlighted in the homily delivered by the Patriarch during the divine liturgy he presided over on the occasion of the episcopal ordination of Georges Khawam, a native of Aleppo and belonging to the Society of Missionaries of Saint Paul (Paulist Fathers), who on August 17, was chosen by the Synod of Bishops of the Patriarchal Church of Antioch of the Greek-Melkites as Archbishop of Lattaquié (Latakia), in Syria.
In his homily, taking a cue from the second Letter of St. Paul the Apostle to his beloved disciple Timothy, Patriarch Youssef drew an illuminating and realistic analogy between the present times and those of the first apostolic preaching, which remain paradigmatic for the missionary adventures of every age. "Between the first and second Epistle of Paul to Timothy", the Patriarch recalled, "the Christian community had begun to cool down and decline in terms of faith and Christian life", following processes in some ways similar to those underway today "in many regions of the world, where faith is dying out, until it disappears". In this context, even the mission of proclaiming the Gospel can be marked by "fatigue, pain, sadness and despair", to the point of experiencing "shame and shyness" in confessing faith in Christ. In this scenario of apparent decline, the Patriarch suggested looking precisely at the events of the first apostolic preaching, reported in the Letters and Acts of the Apostles.
The proclamation of the Gospel carried out by St. Paul and also by his disciple Timothy took place in joy and hope, amidst the difficulties "that existed even then".
Referring to the episcopal consecration that was being celebrated, the Patriarch addressed the elected Bishop Georges, reminding him that "today you receive a spirit of strength. And this spirit is the Holy Spirit himself. It is not you who receives strength from the Holy Spirit, but you receive the Holy Spirit, and it is he who is strong. And now you are strong because the Holy Spirit, who is strong, lives and works in you". "In our life as pastors" Patriarch Youssef continued "we can fall into the temptation to confuse strength and authoritarianism, strength and arrogance. Our flock needs to see a power that is not ours, but that of the Holy Spirit that dwells in us. Then they are never afraid". (GV) (Agenzia Fides, 20/10/2021)