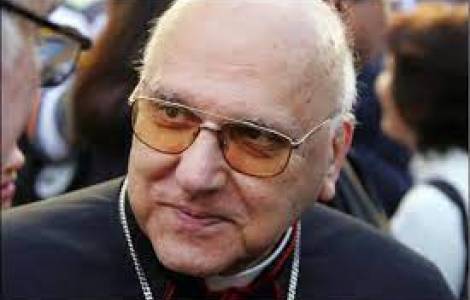 2021-11-08
The alarm of Catholic Patriarchs and bishops: let us resist the designs of those who want to annihilate Lebanon

2021-10-27
Maronite Patriarch wants to mediate "institutional compromise": "Problems are not solved on the street"

2021-10-25
Maronite Patriarch after riots in Tayyouneh: "It is the duty of the State to protect its people"

2021-10-07
Maronite bishops: "satisfaction" for the new government, anguish for the "human hemorrhage" of young people fleeing the Country

Antelias (Agenzia Fides) – The questions, and also the uncertainties about the future of Christians in the Middle East, "are not primarily a question of numbers, even if numbers are important, but rather a question of faith". This was stated by the Palestinian Archbishop Michel Sabbah, Patriarch Emeritus of Jerusalem of the Latins, referring to the numerous demands that will be highlighted in a new document on the state and future prospects of the Christian presence in the Middle East, presented this Tuesday in Lebanon and by an ecumenical team of experts and church representatives (see Fides, 28/9/2021).
In his speech at the official presentation of the document yesterday, Tuesday, September 28th in the Lebanese city of Antelias, Archbishop Sabbah pointed out that the publication of the text is an opportunity for all churches and ecclesial communities in the Middle East to "reconsider our Christian message". Christ himself, the Patriarch continued, "said that with a little faith one can move mountains, that is, one can change the conditions in which one finds oneself. The question is therefore: Are we believers? So why can't we move mountains?" In his presentation, the Patriarch Emeritus pointed out the problems "that concern us as Christians first and foremost, such as our unity, the fact that we have a common heart and share the same intentions. Every Christian must be educated to love every other Christian, both in his own church and in other churches. And it is necessary to work with all to build our pluralistic society together". Later on, Patriarch Sabbah recalled that the Christian communities of the Middle East were also called upon to redefine their approach towards what he called "the political West" and with the processes of globalization in order to avoid falling into the traps of new forms of "open or hidden colonialism".
The document, according to the Chaldean Patriarch, Cardinal Louis Raphael Sako, emphasized in a video that was shown at the presentation in Antelias that it could contribute to preparing "the 'road map' for a new ecclesiastical and civil work, for a 'renaissance' in our difficult Middle Eastern reality" and provide food for thought, which should also be taken seriously by "all heads of the Eastern Churches and above all by the Council of Churches of the Middle East, which for me is like an 'ecumenical tent' ". The document is the result of years of reflection and studies by an ecumenical group of scholars of theology, law, politics and social sciences who come together under the name "Nakhtar al Hayat".
The common reflection was shared by Christians belonging to different countries and various Churches and ecclesial denominations of the Middle East (including Maronites, Anglicans, Greek-Catholics and Greek-Orthodox). (GV) (Agenzia Fides, 29/9/2021)

ASIA/HOLY LAND - Nazareth, thousands of people in the square for the lighting of the Christmas tree